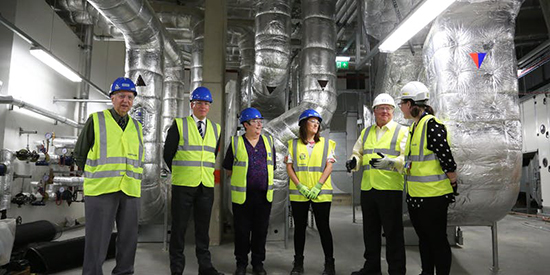 In 2018, Royal Papworth Hospital is celebrating its centenary year as well as preparing for a historic move to a new hospital on the Cambridge Biomedical Campus. To mark 100 years of this extraordinary institution, Cambridge Filmworks has produced a brand new documentary film telling the fascinating story of how the hospital grew from a tuberculosis ‘colony’ to a leading heart and lung hospital, which now performs more heart and lung transplants than any other hospital in the UK.

Papworth: A Moving Story offers a unique insight into this pioneering hospital as it mark its centenary and looks towards the future. The documentary blends fascinating archive footage with contemporary interviews with staff, patients and supporters.

Filmed on location in Papworth and the site of the new hospital ahead of its opening, the documentary offers a behind-the-scenes glimpse at how a major NHS hospital is run and prepares for such a historic move. In addition, the film preserves the memories of those who have worked at the hospital and those who have been treated there; a strong sense of belonging and family is at the heart of the ethos of Royal Papworth Hospital and this film is a testament to that.

The documentary will have a cinema release at the Cambridge Arts Picturehouse as well as special screenings at local venues including Papworth Hall. The first screening, part of the heart and lung hospital’s centenary celebrations, will take place at the Cambridge Arts Picturehouse on Thursday 5 July – the same day the country will be celebrating the NHS’ 70th birthday.

Archive film and stills have been sourced from a number of institutions including the East Anglian Film Archive, the British Film Institute and Royal Papworth Hospital’s own archive which includes footage which has never before been publically seen.