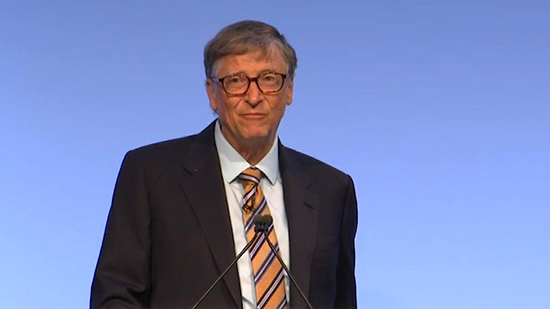 Bill Gates called on Commonwealth leaders to show they're ready to beat malaria.

The malaria summit webcast was designed to coincide with a Commonwealth Heads of Government Meeting (CHOGM) in London this week. The 53 Commonwealth countries, mostly former British colonies, are disproportionately affected by malaria – accounting for more than half of all global cases and deaths although they are home to just a third of the world’s population.

Former Microsoft CEO Bill Gates, now focusing on his Bill and Melinda Gates Foundation, spoke of the importance of collaboration and sharing during his keynote webcast. “It’s a disease that is preventable, treatable and ultimately beatable, but progress against malaria is not inevitable,” Gates said. “We hope today marks a turning point.”

A total of £2.9bn was pledged to fight the disease which included £1.45bn from countries affected by malaria, £700m from the Bill and Melinda Gates Foundation and £160m from the UK government.

Commonwealth leaders also promised to halve the impact of malaria within five years, preventing 350m cases of the disease and saving 650,000 lives.

Watch a clip of the presentation here

Whether you require single camera coverage of your event or a multi-camera set-up with vision mixing, WaveFX can supply the right equipment with highly experienced, flexible pro-active crew.

New for 2018 is the exciting ability to film, vision mix and live stream events in 360° VR video which gives the audience the ability to interact and become fully immersed with and without a headset.

WaveFX regularly works with production companies, event organisers and venues to offer their clients a webcasting service. It is a completely white label streaming company and happy to wear any company T-shirt.

For more information on how WaveFX can help film and webcast your next event please call Jamie 01223 505600 or email stream@wavefx.co.uk