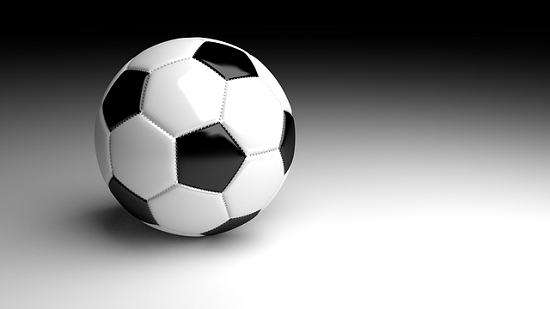 The 2018 FIFA World Cup is set to grip the nation, and will see millions of arm-chair supporters opt to join friends, family and the general public for a shared viewing experience rather than watch the matches on their own, according to an EY survey of 2,000 UK consumers.

The survey revealed that three in five people (59%) are planning to watch at least some of the FIFA World Cup, but their passions vary significantly. Of that 59%, 42% of the viewing will be casual (17% watching only key matches such as the final, 14% just watching their team perform, 11% watching if there is a match on in a bar/pub), while the remaining 17% will try and watch every game. Of the total number of people surveyed, however a significant 41% of people will not watch any of the tournament – a surprise given the UK regards itself a passionate footballing nation.

Gender and age are also big factors when it comes to who will watch the tournament. Nearly a quarter (26%) of men plan to watch every match, the equivalent of four solid days of football – excluding injury and extra time. In addition, 18-34 year old men are the most committed to the FIFA World Cup with 77% planning to watch some of the tournament.

According to the survey, the FIFA World Cup will bring people together. Over half (57%) plan to watch matches at their home with other people or at a friend’s home. In addition, 19% of fans plan to go to a pub or bar to watch games. Only 7% of fans would choose to watch matches on screens in public spaces, but this figure doubles to 14% for those aged 18-34.

Viewing habits for the FIFA World Cup appear to buck the recent trend towards using portable devices to view content. For a vast majority of fans TV is the most likely way that they will watch matches (88%) and highlights (79%). This compares to 3% each for the smartphone, tablet, and laptop/PC for both matches and highlights. However, with an eye to the future, nearly half (49%) of 18-34 year olds enjoy watching football on a smartphone. This is significantly higher than across all ages (31%).

Ioannis Melas, TMT Partner at EY says: “With every World Cup, technology takes another leap forward but it’s still TV that stands out. With a huge majority of fans choosing to watch matches on the box, expect a bumper summer of TV sales.

“Weather permitting, we should also expect to see a summer of World Cup parties. Football is always a social event and, according to our survey, by far the most preferred way to watch matches is at home with others. This should be a real boon to supermarkets in terms of food and drinks sales.”

The FIFA World Cup could be a betting bonanza according to the results of the survey. Younger people are the likeliest to place a wager on the tournament with 55% of 18-34 year olds saying that they may place a bet, compared to only 14% of over 55 year olds. In fact, 29% of male respondents aged between 18-34 say that they regularly bet on sports, the highest demographic. Of those that regularly bet on sports, nearly half (49%) of them will try to watch every FIFA World Cup game, which bodes well for betting operators.

Martyn Whistler, Global Lead Analyst for Media and Entertainment at EY says: “Media companies, advertisers, brands and betting operators look forward to the World Cup almost as much as the fans themselves. This time round the tournament looks set to be as popular as ever with well over half of the UK tuning in at some point during the competition. Our research shows that despite the rise in mobile viewing, still by far the best way to reach those fans will be by TV.”

To find out more please go to the website: www.ey.com/uk/tmtworldcup