Could machines take over public relations? 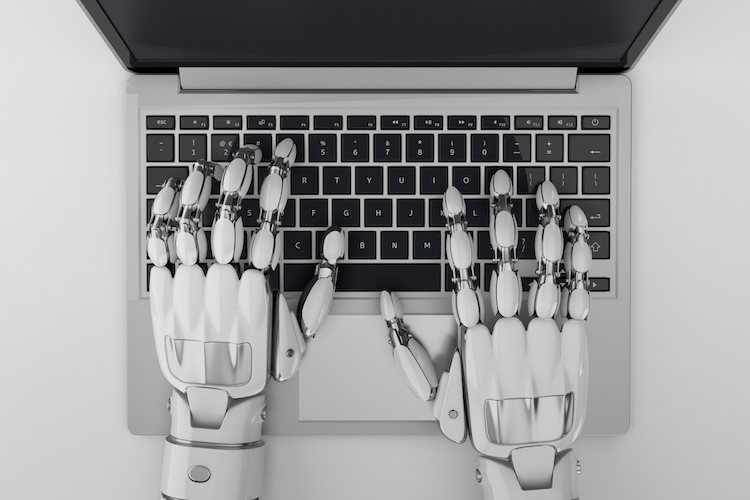 What does the future hold for PR?

KISS CEO Simon Fryer discusses the pioneering research from the Chartered Institute of Public Relations, which has assessed the impact of technology, and specifically AI, on public relations practice:

More than 120 digital tools are used in public relations, with some performing tasks that can be classed as artificial intelligence (AI), according to Humans Still Needed: an analysis of skills and tools in public relations, a report from the Chartered Institute of Public Relations (CIPR).

But the good news for agencies like KISS is that the machines won’t be taking over just yet. Only 12 per cent of a public relations practitioner’s skillset can currently be complemented or replaced by AI currently according to the report. However, the report also predicts that in five years this could have risen to 38 per cent.

Jean Valin, a former communications director for the Canadian government, is the author of the report and he believes “AI is about to massively change our lives. The public relations profession needs to keep up. We need more experience with these tools and more critical reviews to learn how best to use them and their limitations.”

The types of automated tasks that are deemed by Valin to be ‘fully fledged’ AI revolve around applying machine intelligence to data. He believes, however, that quintessentially human traits like empathy, trust, humour and relationship building cannot be reproduced by machines.

Intrigued by these findings, we recently asked our Twitter followers which skills they thought were most likely to be taken over by AI. The results were:

On the face of it, this appears to contradict Valin’s assumption that empathy and trust – qualities likely to be needed when compiling ethical codes – could not be replicated by machines.

At KISS, we were surprised that so many of our Twitter followers saw ethical codes as being more likely to be generated by AI in the future than comms audits. This may be a matter of interpretation – once ethical codes have been initially drafted by humans, perhaps machines will be able to able to select which elements to apply to particular situations quite easily.

We also asked whether our followers if they agreed that 38 per cent of PR skills and tools would be replaced by AI in five years. More than half thought it would actually take longer than that:

I’m reassured though that the CIPR report followed hot on the heels of research by the House of Lords Select Committee on Artificial Intelligence, which found that the UK is in a good position to become a world leader in AI. Researchers determined that the UK already hosts some major players in the AI sphere and that there is an established culture of relevant academic research.

The committee recommended that a code of ethics be adopted nationally and internationally to ensure that AI is not used to hurt, destroy or deceive humans and that it is developed for the common good.

Another of the Select Committee’s concerns was whether existing legislation would adequately cater for cases where AI systems malfunction or cause harm to users. The Committee recommended that the Law Commission investigates this to consider whether or not new legislation should be considered.

Not the first time

It’s not the first time, and it certainly won’t be the last time, that the PR industry has been faced with the threat of adapting to new technology. You only need to consider the way the media relations landscape has changed over the last five years for a clear demonstration of how agencies have learnt to adapt to new technology and digital innovation. So the lesson I’ll be taking from these reports is that we must all learn to embrace the continuing advances in AI.

At KISS we’ll ensure we stay ahead of the game, that our team continues to expand their skillsets through ongoing education and development, so that ultimately we will be in a position to deliver a seamless integration of AI with human judgement and skill to provide our clients with the best PR service.