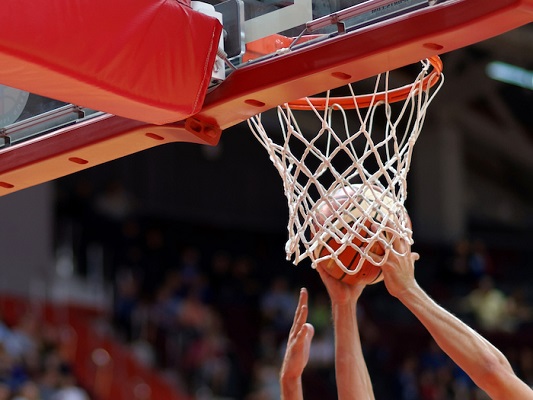 The drama surrounding the professional American basketball team the Philadelphia 76ers has been one of the most sensational stories of the summer and serves as an interesting public relations case study. Chase Clemens, Account Executive at KISS,says: "It’s certainly captivated my attention as a communications professional, NBA fan and sucker for drama!"

The drama surrounding the professional American basketball team the Philadelphia 76ers has been one of the most sensational stories of the summer and serves as an interesting public relations case study. It’s certainly captivated my attention as a communications professional, NBA fan and sucker for drama!

At the centre of the action was Bryan Colangelo, the 76ers’ top executive who’s in charge of signing both players and coaches, whose questionable interactions with social media ultimately led to his departure.

If you are unfamiliar with the story, here’s a brief timeline:

Wednesday 30 May: The 76ers acknowledge the allegation and announce the commencement of their independent investigation.

Tuesday 5 June: The investigation determines that Colangelo’s wife, Barbara Bottini, was the one operating the Twitter accounts while her husband was the source of information.

It was an unprecedented scandal and one of the most frequently trending stories on social media for days. This was a devastating setback for an organisation that finally managed to earn back respect by advancing to the second round of the NBA Playoffs, after being the laughing stock of the NBA over the last five years. They were one of the worst teams in the league over that span and hit rock bottom in 2016 when they only managed to win 10 games while losing 72!

With their rehabilitated image now in jeopardy, the team needed to manage the backlash immediately. Fortunately, the organisation was prepared for the crisis and acted swiftly using these key steps:

Acknowledge the situation: When a crisis has struck, it’s essential not to go on the offensive. It’s a bad look and almost always fuels the flames rather than extinguishing them. Instead, the organisation delivered a quick, sincere response, which demonstrated its serious concern for the issue.

Take control: It’s okay to admit that you don’t have all of the answers, but it’s important to communicate how you’re taking action. People need to see that there is a fair process in place to solve the problem, rather than attempting to cover it up. In this instance, the 76ers announced that they hired an independent investigator to look into the allegations the day after the story broke.

Monitor the plan and communicate: Internal questions need to be addressed so that all employees are kept in the loop. During the investigation, Colangelo contacted his colleagues who had been mentioned in the alleged tweets, apologised for the situation, and tried to reassure them that he had no knowledge of the Twitter accounts. This helped provide some comfort to those affected by the story. For example, the 76ers’ star player Joel Embid told the media that he believed Colangelo wasn’t behind the Twitter accounts after speaking with him.

Be proactive and transparent: Resolving the scandal as soon as possible allows the organisation to move forward. The team’s independent investigation concluded in less than a week and its findings were announced in a detailed two-page summary. This helped the team get ahead of the story and communicate the facts, rather than allowing rumours and unsubstantiated reports to fan the fire.

Do the right thing: In many instances, companies put their reputations ahead of solving the problem, and fail to communicate coherently with the public when it matters. The 76ers and Colangelo parted ways on Thursday 6 June – one day after the investigation’s conclusion. Despite the on-court success under his leadership, it was the right thing to do. By distancing themselves from Colangelo they demonstrated a zero-tolerance policy for this type of inappropriate behaviour.

Plan post-crisis: Using a CEO or a high-level executive as the face of the organisation makes the company more human and helps establish a vision moving forward. The 76ers used their Managing Partner, Joshua Harris, as the face of their franchise, releasing well-crafted statements that accepted Colangelo’s resignation and addressed all points of concern.

What else can they do? The team could greatly benefit from conducting a training session to educate all employees across the organisation about the risks of social media. This would emphasise their attempt to learn from the experience and ensure it isn’t a reoccurring issue.

In today’s social media age reacting quickly and effectively is critical, because a crisis can put a company’s bottom line and future at risk. This is why we support many of our clients with crisis communications workshops to ensure that that they are never caught unawares as a result of an unexpected problem. The effective actions of the 76ers suggests that they had a similar process in place.

It will be fascinating to see if the team will have done enough to repair their reputation and land top-ranking players when the free agent signing window opens in July; which is when players without a contract can sign with any team. Either way, their PR team will be prepared.