Grease is still the word 40 years on… 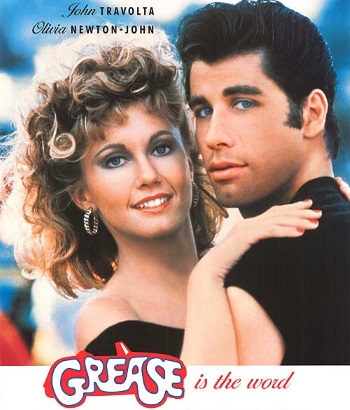 Cambridge Business Improvement District (BID) will be holding a special open-air screening of the hit movie, Grease, to mark this year’s 40th anniversary of the cult classic.

The film, which famously paired John Travolta and Olivia Newton-John together, is being screened on July 20 at the monthly Love Cambridge open-air cinema and night market events, which are run in conjunction with the City Council.

The open-air cinema will be screening a movie double-bill as usual - kicking off with children’s live-action film favourite, Paddington at 6:30pm, followed by Grease at 8:30pm.

As with all Love Cambridge open-air screenings, this is a free event outside the Guildhall in Market Square. Limited seating (camping chairs) is provided on a first-come-first-served basis – but, owing to the popularity of past events, moviegoers are recommended to come early and/or bring their own portable chairs.

The Night Market, showcasing local businesses, will be open until 10pm offering up an tempting taster of food, drinks and gifts from around the world.

Ian Sandison, CEO of Cambridge BID said: “Grease was the very first film we showed at the open-air cinema last year.  It was such a big hit with the audience, who joined in with the singing and dancing throughout, that it would be unthinkable to let the 40th anniversary pass without showing it again.

“Nothing beats the atmosphere of watching a classic movie with friends out in the open on a Summer evening. We are looking forward to another memorable evening.”