5 myths about the Imposter Syndrome 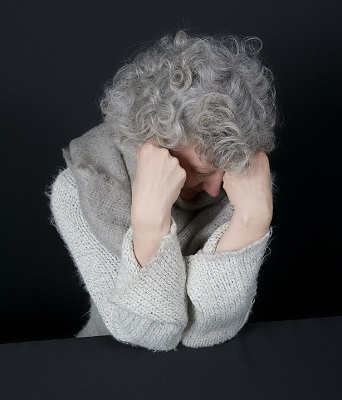 Kate Atkin, who has started a PhD focusing on the Imposter Syndrome, says: "While reading academic research, blog posts and press articles, it struck me that there are a number of inaccuracies in the way the Imposter Syndrome is portrayed. Here are five myths I would like to bust – the first being that it should be called the Impostor Phenomenon, not syndrome! Here’s why…

Myth #1:  It’s a syndrome and therefore a mental health condition

Wrong!  While the popular press are terming the experience of feeling like a fraud as the “imposter syndrome”, technically it is a phenomenon not a syndrome. A syndrome is typically used to refer to a medical condition, and one that is pervasive. The imposter thoughts and feelings people experience occur in certain situations, and are not present all of the time.

For example, some people find they feel like a fraud at work wondering when someone will spot that they really aren’t up to the job, or worry that they got the promotion on false pretences, when actually they truly are capable, and really did deserve that promotion. Others are fine at work, but may experience the imposter feelings at home, perhaps as a parent – are they a good enough father/mother, when will people realise they are just winging it and don’t know what they are doing? For others it may feel as if they are not as good as their friends, and they spend time wondering why people would want to be friends with them (clue; it’s because you are a good friend to them).

So, it really is a phenomenon; something which occurs at times and is situational.

Myth #2:  If you have self-doubt it means you have Imposter Syndrome

Self-doubt is not the same as having imposter feelings. While blog posts and articles will often confuse the two, one doesn’t necessarily mean you have the other. Self-doubt is normal when you are doing something for the first time. It is quite natural, and I would suggest healthy, to wonder whether you are able to do the task. That natural self-doubt may persist for the next few times you do the same, or similar, task.

The self-doubt which is an indicator of the Imposter Phenomenon is persistent, even when you have completed several successful tasks and have lots of external evidence as to your abilities. In fact, success is one of the fuels for the imposter-style self-doubt and can make the imposter feelings more pervasive and the sufferer more anxious as a result.

But don’t confuse the two!

Myth #3:  It only affects women

No, no and no again.  Back in 1978 when the Impostor Phenomenon was first identified Clance & Imes suggested that it was more prevalent in women. However, subsequent research shows that it affects both men and women about equally.

In my experience of talking to hundreds of people about the phenomenon, men and women both recognise it, but react differently. While women will tend to say, “oh, that’s so me!” men tend to say, “doesn’t everyone get that?”

Myth #4: It keeps you humble

Often people will express a desire to keep their imposter feelings as a way of ensuring they don’t become arrogant. While I have no desire to promote arrogance, I would really encourage you to be able to say, “I did that” or “yes, thank you, I’m glad my skills were useful”. Being able to acknowledge your own knowledge, skills and experience is not the same as boasting about them!

Arrogance tends to occur where there is no consideration for others. If you have had imposter feelings it is unlikely you will ever become arrogant. In the words of C S Lewis “True humility is not thinking less of yourself, it’s thinking of yourself less”, and wouldn’t it be refreshing to have both humility and courage without the anxiety that the imposter feelings can bring?

If you have had imposter feelings you are likely to notice that they come and go.  They may be present at work, but perhaps not when you are down the gym (or vice versa). There is nothing to be “cured” from.  A blog I read on a training company’s website referred to the Imposter Syndrome as being incurable, and someone once told me her mum had been “diagnosed” with the imposter syndrome.  What awful, incorrect messages to give people. They are feelings, irrational maybe, but simply feelings triggered by thoughts. As mentioned in Myth #1 it is not a mental health condition and it is inappropriate and unhelpful to ‘medicalise’ it.

However, it would be nice to get rid of those feelings wouldn’t it?

Read the tips at http://kateatkin.com/impostor-phenomenon/5-myths-about-imposter-syndrome/