17 million people think they use their smartphones too much: will measurement be the answer? 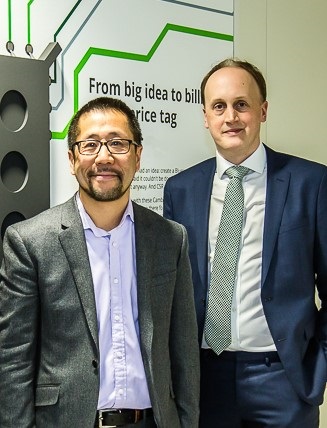 Deloitte’s eighth annual Mobile Consumer Survey analyses the mobile usage habits of 4,150 people between the ages of 16 and 75 in the UK. The research has found that 87% of respondents now own or have access to a smartphone, up from 62% in 2012.

Can’t put it down

Of the 39% who admit to overusing their phone, 83% would like to do something about it. One in five (21%) make an effort to limit their usage and usually succeed, while 35% try and fail, and 27% would like to try, but do not.

Paul Lee, head of research for technology, media and telecoms at Deloitte (pictured left), commented: “The smartphone has been altering our lives, mostly for the better, for eleven years.  It is now an integral digital tool for work and play but users, particularly younger consumers, are becoming increasingly wary of overindulgence.

“Over the next 12 months, the latest mobile operating software upgrades will enable tens of millions of smartphone users in the UK to start measuring their usage levels.  Whilst this will be a significant step forward in the maturing relationship between people and their favourite device, smartphone usage is likely to remain key part of the national conversation for years to come.”

Deloitte’s study also revealed some of the effects of smartphone overuse. Of those who believe they use their phone too much, 44% feel more distracted when trying to complete a task. In addition, 46% of respondents feel they constantly need to check their phone. More than a quarter (27%) experience fear of missing out (‘FOMO’) when they cannot get to their device. Twelve percent of respondents experience physical pain from overusing their smartphones – including sore thumbs and headaches.

Lee added: “Smartphones are, and will continue to be, incredibly useful devices. People have always loved communication, from telegrams to postcards, and the same is true for text messages and social media notifications. Smartphones’ ability to distract can cause problems, but it is increasingly becoming easier to address this, and to change consumer behaviours.”

Smartphone owners are also holding on to their devices for longer before upgrading, with 59% of respondents saying they acquired their device in the previous 18 months, down from 62% in 2017 and 66% in 2016.

Julian Rae, Technology partner at Deloitte Cambridge (right), commented: “The popularity of SIM-only contracts is one of a number of reasons that have contributed to the slowing of the smartphone replacement cycle. Other factors, such as a burgeoning second-hand smartphone market, improving refurbishment and the lack of visual differentiation in recent iterations of smartphones, may encourage people to settle for a three-year old hand-me-down rather than a brand new device.

“Smartphone innovation remains unrelenting, however, and consumers will soon realise that forthcoming invisible upgrades, such as 5G, artificial intelligence and machine learning, will ultimately trump changes to physical appearances.”

The usage of smartphone and smart-speaker voice assistants is on the rise, according to Deloitte’s research. Overall ownership of smart speakers has more than doubled in the last year, rising from 5% to 12% of respondents. However, for older consumers aged 55-75 years-old, adoption of smart speakers has trebled since 2017, increasing by six percentage points to 9% in the last year.

Usage of voice-assisted speakers is highest amongst over 45-75 year olds, with 63% using a smart speaker on a daily basis. In contrast to their older peers, only 40% of 18-24 year-olds who own them use a smart speaker daily.

Lee added: “Voice assistants are appealing to older generations who are less inclined to swipe and type than their younger peers.

“Whereas Millennials and Generation Z users have grown up using digital devices to type, tap and swipe, older users are much more comfortable speaking a request to a machine, avoiding the need to find reading glasses, or navigate to an on-screen menu.”