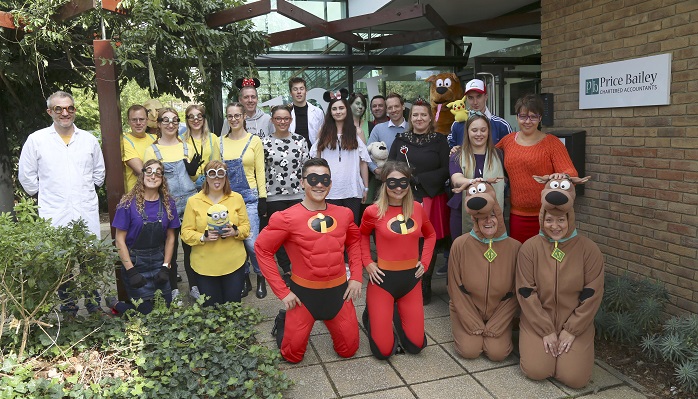 With the challenge of raising as much money as possible in one day, employees who didn’t have client commitments, took part in a range of fund raising activities including scavenger hunts, quizzes, bake sales, pre-organised collections, barbeques and much more. In addition to this, many employees decided to donate their pay via salary sacrifice in the knowledge that they are supporting a good cause.

The practice-wide charity day was the latest effort in a two year fundraising campaign for Action Medical Research and specifically in support of their ‘Saving Tiny Lives’ campaign. The campaign is focused on generating funds in order to carry out research into reducing premature births. Around 60,000 babies are born prematurely in the UK, and sadly 1,000 tragically die making it the biggest cause of death in babies; for those that do survive, it’s also the leading cause of disability.

James King, Corporate Social Responsibility Partner at Price Bailey said: “We are absolutely delighted by the amount raised for Action Medical Research at our annual charity fun day. Everyone at Price Bailey has really got behind the fundraising and it’s clear that it is a cause close to many people’s hearts. In our 2014/2016 partnership with World Child Cancer we managed to raise £107,000 and is the highest amount we’ve managed to raise so far. It would be a fantastic achievement to raise more than that.”

David Graham, Head of Regional Fundraising at Action Medical Research, added: “It was a privilege to spend time with staff and it was undoubtedly one of the very best staff-led fundraising efforts that I have seen. We are incredibly grateful that our partners Price Bailey have joined the fight to end the misery of premature birth as part of our ‘Saving Tiny Lives’ campaign.