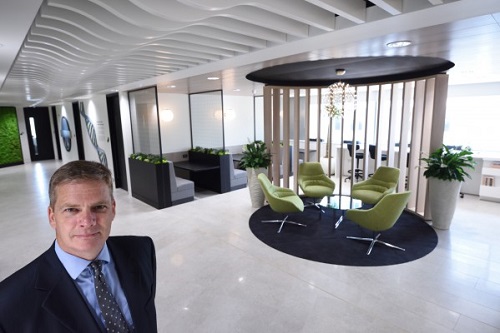 Concerns about the effects of Brexit on the UK business environment have increased, according to Deloitte’s latest CFO Survey. Over the past quarter, optimism and risk appetite have fallen among CFOs and they look more willing to rein in corporate spending over the coming year.

Overall, 13% of CFOs say they are more optimistic about the prospects for their company than they were three months ago, down from 24% in Q2.

Seventy-nine per cent of CFOs say they expect the long-term business environment to be worse as a result of leaving the EU, up from 75% in Q2. This marks the third consecutive quarter that concerns about the impact of Brexit have increased and this reading is now the highest since the referendum.

CFOs are more negative on the effects of Brexit on their hiring and spending decisions. Fifty per cent  say hiring will slow over the next three years as a result of Brexit, up from 40% in Q2, and 44% say capital expenditure will slow, up from 34%. While increasing in each of the last three quarters, neither is as high as they were immediately after the referendum.

These are followed by the risk of greater protectionism in the US (53, up from 51 in Q2) and rising geopolitical risks worldwide (53, new question).

Concerns about weakness in emerging markets and the euro area feature at the bottom of the CFO risk list.

CFOs have sharpened their focus on defensive balance sheet strategies with a greater emphasis on cost reduction than at any time in the last nine years. Fifty-three per cent cite cost control as a strong priority, up from 47% in Q2. This is followed by increasing cash flow, a priority for 48% of CFOs, down from 49%.

Almost half of CFOs face a skills shortage

Forty-eight per cent of CFOs say that recruitment difficulties or skills shortages experienced by their business over the past quarter have increased, up from 44% in Q2. Fifty per cent say there has been no change (down from 55%) and just 1% say that filling roles has become easier.

“CFOs have become more pessimistic about the long-term effect of the UK’s departure from the EU: 79% expect Brexit to lead to a deterioration in the business environment and only 6% anticipate that Brexit will result in an improvement in the business climate compared with 14% a year ago. Large corporates are pulling in their horns, with just 12% of CFOs saying now is good time to take a risk and 44% expecting their own capital spending to be lower over the next three years.

“Indeed, CFOs are more negative about the effects of Brexit today than at any time since the EU referendum.”

Paul Schofield, Deloitte practice senior partner for the Eastern region (pictured), said: “The drop in business confidence and the resultant impact on planned capital investment highlights the effect a possible no-deal Brexit is having on businesses across the UK. A deal with a sensible transition period would remove the uncertainty and should deliver a real boost to business spirits.

“Our survey also shows that beyond the future trade deal, access to skills for business is an increasingly pressing issue. It’s crucial that a post-Brexit immigration system ensures that business has access to the skills it needs to thrive.”

This is the 45th quarterly survey of Chief Financial Officers and Group Finance Directors of major companies in the UK.

Ninety-five CFOs of FTSE 350 and other large private companies participated in the Q3 2018 CFO Survey. The combined market capitalisation of the 66 UK-listed companies who participated is £383bn, approximately 15% of the UK quoted equity market. The 2018 Q3 survey took place between 14th and 27th September 2018.