Laying the foundations for the internet of agri-things 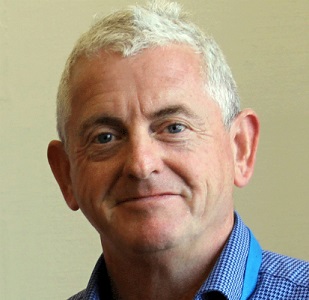 East Anglia is one of five broadband black spots across the UK, which is exactly why the UAE's Professor Gerard Parr is driving a unique initiative to create the East of England Smart Emerging Technologies Institute. He'll be sharing project updates and insights at Agri-Tech East's REAP conference next month.

East Anglia is one of five broadband "black spots" across the UK, according to a recent report by the Financial Times. Which is exactly why Professor Gerard Parr, who started as the University of East Anglia’s (UEA) Head of Computing Sciences two years ago, is driving a unique initiative to create the East of England Smart Emerging Technologies Institute (EoE SETI).

Gerard intends to build on his 30 years’ experience, collaborating with agencies and organisations such as IBM and BT, to help create a unique research and innovation facility in the East of England. EoE SETI aims to design and implement a number of high-speed digital test beds to support innovation over fixed and wireless connections. For agrifood this includes artificial intelligence (AI), imaging, genomics, robotics and smart sensors as part of large scale trials.

The 2017 East of England Science and Innovation Audit, commissioned by UK Government, recognised that Information and Communications Technology (ICT) is a crucial foundation for the functioning of key market sectors and the local economy. However, most rural areas are still underserved by ICT.

Commenting on the absence of a foundational, pervasive high-speed infrastructure in the region, Gerard said: “There’s a huge amount of research talent in East Anglia, in animal, plant and human health expertise as well as in Internet technologies, Al, cyber security, telecommunications and cloud communications. But much of the region is still experiencing worse speeds than rural parts of India. We need to take these available innovations into the field.”

To better understand the requirements and potential impact, the EoE SETI initiative is also planning interlinking Internet of Things testbeds, which will be deployed to benefit smart farming and the wider region.

The Internet of Things (IoT) refers to objects communicating with each other over remote wireless connections and this is becoming more feasible with the development of low cost, low energy, electronic devices – much of this work is happening in Cambridge, with increasing linked work taking place at UEA. The IoT is creating the opportunity for new types of decision-support for farmers.

Gerard has joined UEA from Ulster University in Northern Ireland, where he advised Government on the roll-out of superfast broadband. In the 2018 New Year Honours, Gerard received a MBE for his lead on a multi-million pound initiative that connected Ireland, the UK and North America with high-speed submarine connections and a global data centre for the benefit of the regional economy.

Most recently, the UAE Head of Computing Sciences – in partnership with the universities of Lincoln, Southampton, Surrey and the Open University - has achieved Government funding to establish The Internet of Food Things (IoFT). The network will bring together data and computer scientists, chemists and economists to investigate how AI, data analytics and emerging technologies can enhance the digitalisation of the UK food supply chain.

Gerard continues: “The food and agri-tech sectors are increasingly reliant on novel digital sensor, communications and Internet technologies. There are so many opportunities for bilateral engagement across different industries, but to underpin this we need a cohesive, large-scale solution based on excellent research for the longer term.

"Through the IoFT multidisciplinary network, we will investigate new innovations to help the sector improve security, robustness and productivity of their systems and plan for new market opportunities.”

Gerard will be giving a keynote address to other scientists, technologists, farmers and producers at this year’s Agri-Tech East REAP Conference (7 November).

More information about the 2018 REAP Conference is available at www.agritech-east.co.uk/reap-2018