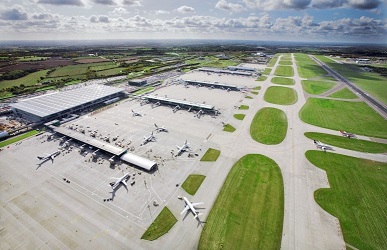 Hundreds of local residents, businesses, staff and on-site partners speak out in support of the airport’s plans for responsible growth.

London Stansted’s plans to raise the number of passengers it is permitted to handle each year from 35 million to 43 million have received strong backing from hundreds of local residents, businesses, staff and on-site partners.

With Uttlesford District Council’s Planning Committee due to decide on the application on 14 November, many supporters of the ‘We’re Backing Stansted’ campaign have welcomed the airport’s commitment to delivering the additional eight million passengers within existing limits on flight movements and noise impacts, whilst also creating 5,000 new jobs, generating an additional £1 billion economic value add for the region, improving passenger choice and securing international long-haul routes to fast-growing markets like China, India and the USA.

Uttlesford District Council has received hundreds of submissions of support for the plans from a huge range of supporters, including:

"We have been overwhelmed by the support from such a wide spectrum of the local community for our plans to make best use of the spare capacity on our single runway.

"The huge volume of submissions that Uttlesford District Council has received for our application reaffirms our belief that the phased and managed development of the airport is the right approach to take, and gives the local community confidence that future growth can be delivered in a measured and sustainable way.

"London Stansted is not only the fastest growing airport in the UK, it’s also virtually unrecognisable from the one which MAG acquired in 2013. During this time, we have spent £150m on upgrading the terminal, added nearly 10 million passengers and 40 new routes and brought a whole new ambition to the airport.

"But this is only the beginning of what we can achieve. We are investing £600 million to transform the airport facilities for passengers and our airline partners and, following the successful arrival of world-leading airline Emirates this summer, our work to attract more long-haul routes to fast growing markets like China, India and the USA continues to gather pace.

"We now need to make best use of Stansted’s available airport capacity through continued strong and sustainable growth and deliver the next phase of the airport’s evolution. I would urge those who back their local airport and share our vision of the future to pledge their support and join the hundreds who have already made their views known." - Ken O’ Toole, CEO of London Stansted