Lewis battles Ben Nevis in memory of his mother 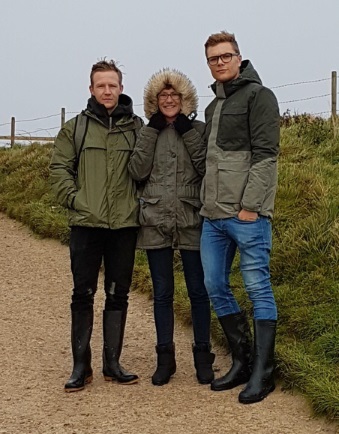 Lewis Bailey, Resourcing Adviser at Price Bailey Chartered Accountants, is going to be climbing Ben Nevis, the tallest mountain in the UK, to raise funds for Farleigh Hospice in memory of his mother, Yvonne.

Farleigh Hospice provided both medical and emotional support and care for Yvonne during her short struggle with lung cancer which tragically took her life in November 2017. Their compassionate staff helped to make what was a terrible period of time a little bit easier not only for Yvonne but for her family and friends too.

Together with his brother, Nathan, and four friends, Lewis will be climbing the 4,413 ft mountain to mark the year anniversary of his mother’s passing. They are set to travel to Scotland on 8 December and are going against freezing temperatures as well as their own personal challenges; one of the team will be doing the challenge with a broken arm.

“We are excited to be climbing Ben Nevis for such a fantastic cause in memory of such an inspirational woman,” Lewis said. “When my Mum passed away she donated to Farleigh Hospice so they had the opportunity to buy some much needed equipment and carry on the great work they do. With the money we raise we hope to help Farleigh further support other families and individuals who have, through no fault of their own, found their whole world come crashing down around them because of terminal illness.”

Lewis went on to say, “My friends saw Mum as a surrogate mother, spending much of our adolescence under her roof she was always there for a chat and a cup of tea. When I mentioned that I wanted to do this trek, my friends leapt at the chance to help, one is even travelling back from Holland to join us. My Mum would be overjoyed that we are continuing her legacy and raising as much money as we can for such a worthwhile cause.”

If you would like to donate to Lewis’s cause, please see www.gofundme.com/FarleighHospice4Yvonne