Power Up skills and infrastructure to unlock region’s productivity 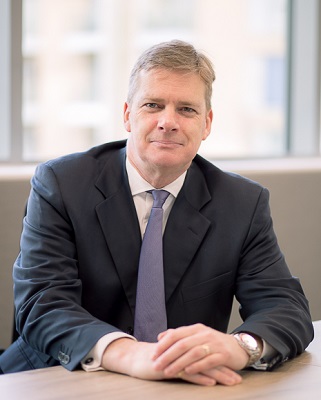 Harnessing productivity through skills holds the key for regional growth, according to Deloitte’s latest Power Up report.

Consulting with over 50 business leaders, educators, local government officials and influencers from across the UK, the report takes a unique look at nearly 20 years of ONS (Office of National Statistics) data along with insight from regional leaders to help better understand and assess how potential productivity and growth areas across the UK and the East of England could be unlocked.

Although there were clear themes emerging from each region, private and public figures interviewed from across the East of England cited skills, investing in transport and transport infrastructure and increased collaboration between business, local government and educators, as key to improving the region’s productivity.

The East of England, with its six counties and globally important cluster of technology and life science companies, is in the top one-third of UK regions and nations in terms of productivity.  Business leaders and other opinion-formers highlight the supply of skills and the quality of transport infrastructure, notably on the East-West routes as well as access to Stansted airport and the M11 motorway corridor, as factors which may hold back future economic growth in the region.

Paul Schofield, Deloitte’s East of England practice senior partner, said: “Analysing data provides a unique insight as to how the East of England has fared both pre and post financial crisis, and whilst we are still not at pre-crisis productivity levels, the outlook is positive.  Cambridge remains a huge asset, and the way forward now is to ensure that the global prospects of its technology and life sciences industries are a national priority.

“Just because the East is seen as successful, that is not a reason to neglect its needs.  With greater investment in transport and digital infrastructure, skills and affordable housing, it can lead the way in economic growth”.

The report suggests weak productivity is a particularly acute problem for the UK, when compared to other global countries as Pauline Biddle, managing partner for UK regions Deloitte, explains: “The slowdown in productivity growth has had a tangible effect. Analysing data by industry, we looked at the best regional performer for each sector. If this performance was replicated across the UK as a whole, this would be worth an additional £263bn to the economy, or nearly £10,000 for every UK household.

“However, our UK regions have huge opportunity for growth and there is an overwhelming sense of regional pride and commitment that comes from the interviewees.

“Regional businesses need to see a clear devolution framework and for the deal to work effectively. We need to plan and execute place-based strategies and work with recently appointed metro mayors in our city regions, but making sure that other areas do not lose out unfairly in spending and investment allocations.”

Angus Knowles-Cutler, UK Vice Chairman Deloitte, added: “There is often a trade-off between productivity and employment growth. For example, productivity in manufacturing has risen strongly since 1997 while witnessing a sharp decline in employment. But experience in sectors such as IT and the professional, scientific and technical sector show that it is possible to increase employment and productivity in tandem. Whilst there is not a single definitive answer to productivity, we certainly have a new perspective.”

About the Power Up report:

The report consulted and interviewed more than 50 business leaders, educators, local government officials and other influential figures in Scotland, Wales, Northern Ireland and the eight English regions outside London. The report describes each UK region and nation’s economic performance. It investigates strengths and weaknesses and outlines a series of proposed actions, deriving from discussions with senior business leaders that can help to raise the contribution of many regions to a new level.

The regions and nations are:

About the Power Up data

All data is sourced from the Office for National Statistics (ONS), some publicly available, others under license agreement.

Interviews were conducted throughout the East of England with key business leaders.

For a full copy of the report, please connect here