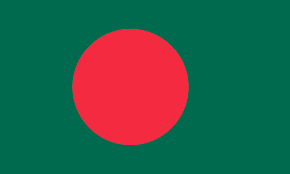 This month sees the Independence Day of Bangladesh, celebrated on the 26th March as a national holiday.  Formerly East Pakistan, Bangladesh came into being in 1971, when the two parts of Pakistan splitafter a bitter war which drew in neighbouring India. Bangladesh spent 15 years under military rule and democracy was restored in 1990.  The major religion in Bangladesh is Islam (89%), but a significant percentage of the population adheres to Hinduism (10%). Other religious groups include Buddhists and Christians.  Efforts at the workplace to accommodate the religious sentiments are important. Also consideration has to be given to festival days.

With nearly 150 million inhabitants on a landmass of 147,570 sq kms, Bangladesh is among the most densely populated countries in the world.  Dhaka, formerly known as Dacca, is the capital.  It is one of the largest cities in the world and has a population of 18.9 million people in the Greater Dhaka area.  The technologically advanced Bangladeshi pharmaceutical industry is based there. Textiles, leather goods, vegetables oils, electronics and consumer goods are the principal exports.

The official language of Bangladesh is Bangla, also known as Bengali. It is the first language of more than 98 percent of the population. It is written in its own script, derived from that of Sanskrit. Many people in Bangladesh also speak English and Urdu.

Bangladeshis have a positive and welcome attitude towards foreigners and show hospitality.   Personal relationship is the basis of how things get done in Bangladesh. Taking an interest in their family matters, giving importance to the colleague or client, indulging in small talk is the best way to build trust and to get your colleague to relax.

Bangladesh is a hierarchical society. People are respected because of their age and position. Older people are naturally viewed as wise and are granted respect. Bangladeshis expect the most senior male, by age or position, to make decisions that are in the best interest of the group. This is also valid in businesses, the majority of which will be family owned/run.

Employees do not question the decisions that have been reached. Managers or those in a position to do so will make decisions, while in general their subordinates will wait to be told what to do.

In Bangladesh, as in other hierarchical societies, managers may take a somewhat paternalistic attitude to their employees. They may demonstrate a concern for employees that goes beyond the workplace and strictly professional concerns.

Bangla vocabulary shows many influences. These include a strong Islamic influence seen in the greetings of "Salaam aleykum" (Peace be unto you) and "Khoda hafez" (God bless you). Greetings with members of the Hindu population generally begin with the palms pressed together at around chest level and saying “Namaste”.

Greetings usually take place between members of the same sex.     The handshake is common although they may feel rather limp. Women will only really be met within business contexts and even so, it is best to wait to see if a hand is extended before doing so.  In rural areas, be careful to note that females may not have much eye contact with males at meetings as it is considered impolite. Dress conservatively too.

Naming conventions are very much based on the hierarchical nature of Bangladeshi society.
Bangladeshis will append a suffix to a person's name to denote the level of closeness between the two people.  Using a surname with "ji" on the end shows respect.

Bangladeshis normally prefer to have face-to-face (and often long) meetings, than contact by phone or email, which are seen as more impersonal. Bangladeshis also generally enjoy discussing business over a lunch meeting.

People express dissent in very indirect ways. Expats need to be conscious that people are unlikely to express their dislike or objection directly out of fear of losing their position or employment.  Therefore you will know how different team members view you by the inputs of colleagues. One of the techniques is to hold regular meetings for people to air grievances. In such a manner people can express dissent without fear of losing their job, and through this process one can build a strong team.

Time is flexible in Bangladesh. While punctuality is expected, meetings may start a few minutes late and be subject to interruptions, such as phone calls or staff members walking in to have documents signed. Do not be fazed by Bangladeshis taking phone calls during meetings. They regard taking calls immediately as a priority since they see it as rude not to, and those making phone calls regard it as impolite if their call is not answered immediately since the recipient will know who is calling. This can be frustrating to the new visitor, but it is accepted practice. In any event, it is worth keeping a close eye on your texts in case your next meeting has been rearranged!

Personal contact with potential and existing partners/clients and regular visits to the market is of the utmost importance, and it is natural for the business relationship to be built with time. Compared to western business norms, negotiations can be slow in Bangladesh but remain patient and demonstrate good character – forcefulness will likely get you nowhere.

Which endangered animal is the national animal of Bangladesh?

Email your answer to sue.curry@babelgroup.co.uk and put 'Quiz' in the subject title.

If you would like to learn how you could work more effectively with your Bangladeshi colleagues, clients or suppliers, please do get in touch for a sample course outline.  All training is tailored to suit your needs and delivered at a location of your choice.