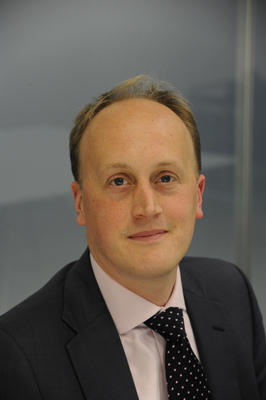 Business leaders’ confidence in the digital capabilities of new entrants to the workplace has improved in the past six months, according to the latest Digital Disruption Index by Deloitte. Eighteen per cent of digital leaders believe that school leavers and graduates are entering work with the right digital skills and experience, up from 12 per cent who said the same six months earlier.*

The research is based on responses from 158 digital leaders from FTSE-listed companies, large private companies and large UK public sector organisations with a combined market value of £1.38 trillion.

In addition, a quarter of respondents (25 per cent) said that their current workforce has sufficient knowledge and expertise to execute their organisation’s digital strategy, an increase from 16 per cent per cent since spring 2018.

Despite digital leaders’ perception of skills amongst new and current workers improving, more needs to be done to keep up with the pace of the adoption of new technologies within the workplace. As many as three-quarters (75 per cent) of digital leaders in the UK report that technologies such as artificial intelligence (AI), robotics and the Internet of Things, are fundamentally changing their organisation.

Julian Rae, Technology partner at Deloitte in Cambridge (pictured), comments:“Companies across the UK are investing significantly in digital technologies in order to transform their businesses. The simple truth is that without ensuring that teams have the right experience, knowledge and abilities to make the most of these technologies, these investments will prove worthless.

“While it’s promising to see improvements in leaders’ confidence in their workers’ digital abilities, there is a lot more that still needs to be done and, if left unaddressed, the skills gap could grow to a level that’s hard to fill. Failure to do more to educate both those in the workforce and those in the classroom will leave the UK trailing behind our global peers in the rapidly expanding digital economy.”

Rae adds: “Confident digital leaders are more likely to want to learn more about the technology around them. A huge amount of content is easily available for leaders to strengthen their understanding of digital technologies, the key is to make these easy for them to access. To successfully lead an organisation in the digital economy, leaders need to invest huge amounts of energy into learning about new technologies, challenging how these could improve their business and have the confidence to take the lead in driving change.”

Respondents also revealed attitudes around how more internal training is needed. Overall, 65 per cent of executives felt that their organisation’s learning and development does not support the current digital strategy. Previous research from Deloitte highlighted that the majority of UK workers expect their employer to hold the primary responsibility for the development of workplace skills.

Richard Coombes, leader of HR transformation at Deloitte, comments: “Digital skills are not a static set of skills. We live in a world where the half-life of a technical skill is two-and–a-half years at most. On that basis it should not be a surprise that people are coming out of education with skills that are already not relevant to the way we work. As such, the importance of lifelong learning and reinvention is crucial for every individual. Meanwhile, for every business, having a learning and development programme which supports the overall digital strategy will be key.”

Half of organisations do not have a policy to ensure the safe and ethical development of AI, however existing values should suffice

The latest Digital Disruption Index also showed that the majority of businesses using AI do not have a strategy to ensure it is used ethically. Forty-two per cent of leaders say they have a policy in place to ensure the safe and ethical deployment of AI and data-driven technologies.

Overall, 44 per cent of executives have already invested in AI, while a further 37 per cent expect to invest in this technology over the next two years.

Dr. Matthew Howard, director of artificial intelligence at Deloitte, concludes: “While humans continue to write code there is an inevitable risk that their biases will shape algorithms and the decisions made by a machine. However, a policy is not always necessary to ensure AI is properly governed. AI decision-making should be assessed in the same way as human decision-making and in most cases an organisation’s existing ethics policy and procedure should be sufficient. In all instances an organisation’s values should inform how and why AI is used just as those values are used to inform any other business decision.”