The Growth Corridor – vision and realities 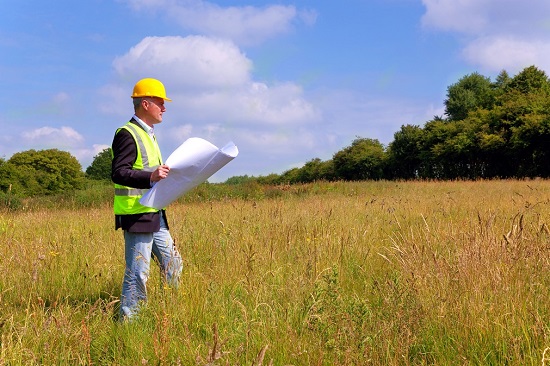 The “Oxford-Cambridge Growth Corridor” is now becoming highly topical among the professional, political and business communities within its region. David Wells of Hewitsons discusses the issues.

The underpinnings of the ‘Growth Corridor’ (alternatively known as ‘the Arc’ or ‘CAMKOX Corridor’) are broad commitments from central government, assisted by bodies such as the National Infrastructure Commission, to provide east-west rail and road connections linking the university cities of Oxford and Cambridge, with the post-graduate university at Cranfield, and the urban centres of Milton Keynes, Aylesbury, Bicester and Bedford all to be connected along the route.

The goal is to make collaboration and synergies between the industries, businesses and institutions dotted along the ‘corridor’ easier by facilitating the rapid movement of people, data, ideas, capital and culture across the region.  Indeed this vision appears very plausible when you consider that the region is already leading the way in the UK in terms of growth and innovation in hi-tech sectors such as bio chemistry, I.T, robotics, aviation, the automotive industry, education and the arts.

The desired exponential economic growth in the ‘corridor’ will obviously necessitate an almost unprecedented increase in housing capacity, probably of a scale beyond the garden city projects of the last century, and there lies one of the biggest challenges.

Already, a small industry producing conferences and thought leadership events and initiatives is taking hold around the vision of the ‘Growth Corridor’ or ‘Arc’.  Some are even referring to the coming of a new ‘Silicon Valley’ in the UK and from the stakeholders on these thought leadership platforms we are already hearing transformative narratives envisaging the region becoming a utopia populated by a new generation of communitarians with unprecedented levels of health, both physical and mental, and education – living a culturally rich environmentally sustainable life and working no more than 3 days a week.

However, the reality is that any utopian vision of the ‘Growth Corridor’ could remain a dream, unless the vision is accompanied by a substantial dose of realism.  It may be difficult, or uncomfortable, to acknowledge, but a realistic and pragmatic approach is also required if a ‘Growth Corridor’ is to be delivered in any meaningful form.  To deliver the actuality of the ‘Growth Corridor’ the current planning system needs to be reformed quite radically.

Conceivably a paradigm shift in planning law is required to redress the balance of power away from those who successfully argue ‘but not in my back garden’ and so as to accept that the Green Belt cannot be so jealously protected in so many localities.  This will be a challenge, because the opposition to residential housing development and its infrastructure often comes from those who have an established position in our communities with the advantages of time and financial resources which facilitate well organised opposition through the traditional planning law structures.  A realistic approach to bringing growth on the scale of the vision is required and that means recognising the political and economic issues and even conflicts that the ‘Growth Corridor’ concept throws up.  Particularly, we need to acknowledge and be willing to deal with the fact that pursuing a ‘Growth Corridor’ vision of substantially more and better infrastructure and housing brings before it issues of: intergenerational justice, the perceived divergence of interests between those living in urban as opposed to rural areas and between various demographic and socio-economic groups, some of whom will already be established property and land owners and some of whom will not be.  Whilst trying to avoid being overtly political, we can’t just pretend that there is a ready-made consensus for any form of ‘Growth Corridor’ - it requires a willingness to first get involved with the politics of arguing for the benefits of the ‘Growth Corridor’, a winning of hearts and minds, literally before the foundations of this corridor can be laid.

If a consensus can’t be reached as to the obvious socio-economic benefits of bringing about the Growth Corridor, then at least an overwhelming majority of opinion needs to favour it and its delivery must be close enough to the vision so as to have something for all.  Those common goods would seem to be economic prosperity but also greater well-being in the widest terms for as wide a possible spectrum of society.

Without widespread ‘buy in’ from the largest possible spectrum of the region’s population the benefits of growth will be overlooked and people will instead fear the disruption of development and over population - meaning pressures on hospital and school places. Yet if infrastructure projects and residential development are financed, planned and implemented in a coherent and sustainable way we certainly now have the calibre of developers, land managers, consultants and master developers (including Homes England in the public sector) to ensure that these fears don’t manifest into realities.

If anything should be learnt from recent politics, it is that simply leaving sections of society behind both politically and economically can have uncomfortable consequences down the line for all and must not be allowed to happen.


For more information on the items featured in this article please contact David Wells by clicking here.