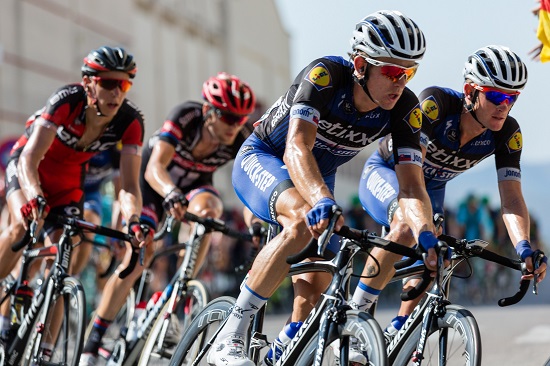 Elephants are hard to define, but (in a phrase often cited by lawyers) you know one when you see one. So it is with employment status, which is, ultimately, determined by an Employment Judge’s reading of the tea leaves. Edward Wheen of Hewitsons discusses the case.

Jess Varnish was a GB track cyclist until 2016, whose claim to have been an employee of British Cycling and/or UK Sport (who provided her funding) has recently been rejected by an Employment Tribunal. It is not yet known whether or not she will appeal. Whatever the rights and wrongs of it, it appears to contrast with the recent tide of cases in which Addison Lee and Uber drivers, and Pimlico Plumbing plumbers, were found not to be self-employed.

The distinction between “workers” (who have some employment rights, including the right not to suffer discrimination) and “employees” is another issue for the tea leaves that is beyond the scope of this short article. The distinction here is between those who are found to be self- employed, like Varnish, and the rest (Uber drivers etc). On the face of it, the difference is hard to see, given that the degree of control was a major factor in Uber and other recent cases, and that there is a high level of control exercised over the daily lives of elite athletes, even to the extent of what to eat, how to behave, and what to wear (Team GB kit, whilst at the Velodrome, in Varnish’s case).  Indeed, Varnish’s position had factors which the Uber drivers and others did not, namely certainty and regularity of payment (a means tested “grant” of £28k per annum), and the level of personal obligation, as no one else could do the training for her.   So why did Varnish’s claim fail? The Judgment suggests that two points were important.

Firstly, the payments were to enable her to train full time and maximise her potential, and were, therefore, seen as being for her own benefit. Powerful though that argument is, it can be said that her success would also benefit British Cycling (whose funding is largely dependent on the number of medals achieved by its athletes), and it is not uncommon for employment relationships to be mutually beneficial for the employee and employer. Nobody would suggest, for instance, that professional footballers are not employees because they are pursuing their sporting goals (no pun intended!) or, outside the sporting field, that scientists employed by a University should not have employment status merely because they may win a Nobel Prize.

Secondly,  no  “mutuality of obligation” was found in Varnish’s case, in that British Cycling was under no obligation to provide her with work; she was under no obligation to complete an annual application for further funding; she did not provide work, per se, in return for the funding; and the funding was from a third party (UK Sport). All that said, if she had stopped turning up to training, her funding and other support would probably have been withdrawn, so it cannot be said that  what she did was entirely unrelated to the money.

This case illustrates the fine distinctions in such cases, and the risks run by sports when subjected to the same tests as are applied in the world of commerce. Although the Tribunal determined this case on established legal principles alone, it does appear to accord with what the parties’ understanding of the relationship is likely to have been, and a finding in Varnish’s favour would have had a disastrous effect on the funding (and the tax treatment of such funding) of 1,000 elite athletes, reduced the number of athletes who could be supported, and hampered the competitiveness of Team GB at future events. Counsel for British Cycling described the prospect as “the skies falling in”.

This Employment Tribunal Judgment may be the last word on this case (unless Varnish appeals), thereby preventing Varnish from pursuing claims, amongst other things, for unfair dismissal and sex discrimination (claims not open to the self-employed). It seems unlikely, however, to be the last word on the vexed and topical question of how to distinguish clearly between employees, workers and the self-employed, or on the subject of athlete funding and welfare. What the paperwork records is not necessarily determinative of such issues, and legal advice should be sought where there is any scope for argument.

If you require further information or advice on any of the matters raised in this article, please contact Edward Wheen by clicking here.