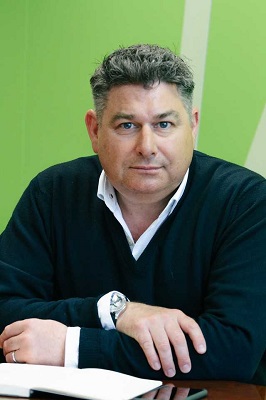 Paul Bailey, one of Cambridge’s most influential entrepreneurs and Executive Chairman of Bailey Fisher, has joined Cambridge Enterprise, the commercialisation arm of the University of Cambridge, as an Entrepreneur in Residence.

Paul co-founded Bailey Fisher Executive Search in 1998 and led the growth of the business as Managing Director for 20 years during which time he built the boards and management teams for some of the most innovative companies to have emerged from the European technology market. He moved into the role of Executive Chairman after a successful exit In July 2018.

Paul was named in the 2016 Maserati 100 list of the UK’s leading entrepreneurs, mentors and advisors supporting the next generation of business talent and was recognised as a key  business influencer in Cambridge in 2017. He has held advisory roles with NESTA Impact Investments and New Wave Ventures and was previously a member of the steering committee for the ideaSpace Enterprise Accelerator, a member of the Board of Cambridge Ahead and a founder of The Perse School Enterprise Conference.

As an Entrepreneur in Residence at Cambridge Enterprise, he will be supporting start-ups at the earliest stage, with a focus on team development. Paul will be helping founders think about the human capital needed for their new venture, in the short and longer term, and how to build their team for success. Paul will be working alongside fellow Entrepreneurs in Residence, Richard Green and Peter McPartland, as part of a programme of support provided by Cambridge Enterprise.

“I am extremely excited to be working with and supporting the Cambridge Enterprise team. Through my journey with Bailey Fisher we have always had a very close relationship and I have enjoyed working with a number of their investee companies, I look forward to continuing that relationship in an advisory capacity and helping shape some of Cambridge’s technology companies of the future.”  said Paul Bailey, Entrepreneur in Residence.