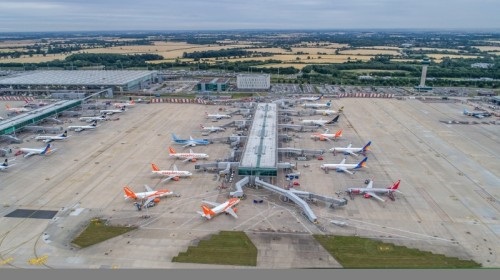 London Stansted’s strong passenger growth of 2018 continued into the new year as a record breaking 1.9 million passengers passed through the terminal during its busiest ever January, an increase of 7.3 per cent over the same month last year.

An additional 131,000 passengers used Stansted during the month compared to January 2018 with the uplift in numbers primarily driven by increased demand on routes to Italy, the UAE, Spain, Portugal and within the UK.

Ken O’ Toole, CEO of London Stansted, said: "Following London Stansted’s busiest ever year in 2018, a year in which the airport entered the top 25 busiest airports in Europe, the new year has kicked-off in similar vein with a record number of passengers passing through the terminal in January.

"This is a really encouraging start to what will be a transformational year for Stansted. In the last few weeks we announced the appointment of Mace as the lead contractor for the new £150 million arrivals building, the centrepiece of our £600 million investment project, and work is well underway to deliver the next phase of additional check-in desks in the main terminal.

"Our work to attract more airlines and provide passengers with even more choice of destinations continues to make great progress with the news that SAS will return to London Stansted in April to launch a new service to the Danish capital, Copenhagen.

"We are also involved in positive and on-going discussions with a number of airlines to secure more long-haul services, including flights to key markets across China, India and the USA."

Image: Today, Stansted employs 12,000 people and is one of the fastest growing airport’s in Europe.