Another big name signs up for Elmer’s Big Parade Suffolk 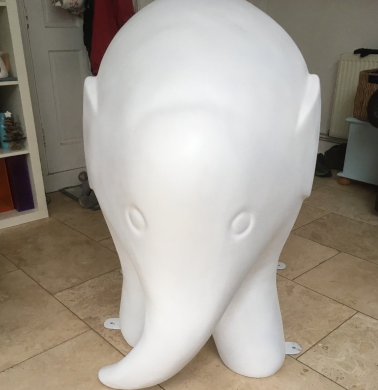 Leading financial services firm Scrutton Bland has joined Elmer’s Big Parade Suffolk by signing up to sponsor an elephant sculpture in the art trail which takes place in Ipswich this summer in aid of St Elizabeth Hospice.

Running from June through to September this year, over 50 elephants will be located around Ipswich town centre and waterfront. The organisers, who ran a similar trail in 2016 entitled Pigs Gone Wild, have selected elephants this year to celebrate the 30th anniversary of David McKee’s book about the patchwork elephant and the anniversary of the founding of St Elizabeth Hospice in Ipswich.

The Scrutton Bland-sponsored elephant is one of over 50 designs which have been created by artists, both local and national. Each of the decorated elephants is based on the famous children’s book character but has been decorated individually and given their own name.

There is an air of excited anticipation about how the designs will look, since the finished elephants will not be unveiled until the launch of the trail. However, the East Anglian-based firm have been allowed to reveal the name of their sponsored beast, Tigelephant.

Nick Banks, Business Advisory Partner at Scrutton Bland is looking forward to the installation of the Scrutton Bland elephant: “We have a prominent position in the town with our office on the corner of Crown Street and High Street, so this is the perfect opportunity for us to get involved and support both the town and St Elizabeth Hospice. Although I’m not allowed to divulge how the design of our elephant will look, I think it is fair to say that the design which we have chosen is very much in line with our philosophy as a business, in that it is good sometimes to take a look at things differently.”

Tigelephant’s creator, artist Hil Sanderson said: “I am delighted to be working on the Scrutton Bland elephant and to be part of a project which is helping such an important local charity.”

The story of the much-loved patchwork elephant has now sold over ten million copies, and as an elephant is known to ‘never forget’ it is an appropriate choice to partner with St Elizabeth Hospice where precious memories are made for so many people living with progressive and terminal illnesses.

In September, after the art trail ends, the 55 Elmer sculptures will be auctioned off to raise funds for St Elizabeth Hospice. All the money raised will go towards providing vital care and support to more than 2,000 patients and their families every year living with a progressive and terminal illnesses.