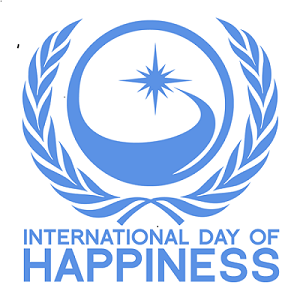 Today, we celebrate International Day of Happiness. We demonstrate our happiness through smiling, facial expressions and laughter but in many cases, a person’s culture plays an important part in how they freely express their emotions. What does a smile mean in different cultures? Read the Babel blog to find out.

Happiness is a universal emotion that all people want to feel in their everyday lives.   We demonstrate our happiness through smiling, facial expressions and laughter but in many cases, a person’s culture plays an important part on how they freely express their emotions.

In a ‘neutral’ culture emotions are more controlled, feelings are not shown but kept subdued.  In contrast, an ‘affective’ culture shows their feelings by laughing, smiling and gesturing spontaneously.   In his book Riding the Waves of Culture, interculturalist Fons Trompennars lists cultures on a spectrum from Neutral to Affective.  Neutral cultures include Japan, Hong Kong, China, Indonesia, Bulgaria, Austria and Russia and affective cultures including Kuwait, Egypt, Oman, Saudi Arabia, Spain, Argentina and France.

We associate smiling with happiness but what does a smile mean in different cultures?

If there’s a national characteristic that defines the British, it’s probably the stiff upper lip in remaining resolute and unemotional when faced with adversity.  However, according to researchers the average British adult smiles 11 times every day,– or more than 232,000 times over their lifetime.  Eight out of ten of us are confident enough to smile at strangers – with most of us happy to grin at someone we don’t know eight times a day, on average.  However, two of our 11 smiles a day are false, with a miserable one in ten Brits claiming they ‘don’t like smiling’.

In America, Australia and Canada a smile is common and generally accepted.  Americans are well known for being open with their emotions and smiling is appropriate in both casual and formal situations to show happiness or respect.  Unlike America, the Japanese culture is not as open to smiling but focus more on the way the eyes look rather than focusing on the mouth.  Japanese people tend to smile as a way of covering up when they are upset with someone.

Germany and Austria are rather conservative when it comes to showing expressions of happiness and it’s not common for strangers to casually smile at one another whilst passing on the street.  By contrast, Thailand has gained a nickname of ‘The Land of Smiles’ because they really do smile (yim) a great deal, even in situations where a smile is not always warranted.  Saving face is important in this culture and instead of showing anger or anxiety the Thai’s will smile and act as if all is fine.  If you really want to know what's behind a Thai smile, you’ll need to decide which of the 13 unofficially documented smiles to decipher!

In some cultures, one shows respect by taking things seriously and by behaving formally.  Constant smiling can be taken as a sign of dishonesty, secrecy and hiding your real emotions.  For example, in Russia, Argentina and India constantly smiling can make people think that you have done something wrong, you are trying to cheat them or you are avoiding punishment.  All Russians know the saying: “The laugh without reason – is the sign of stupidity”.   So when a Russian smiles at you, it means that they really care about you or they are in a genuinely good mood.

Finally, it’s important to remember that, from a cultural point of view, smiling is not necessarily a key indicator of happiness.  The World Happiness Report ranked Finland, Norway, Denmark, Iceland and Switzerland as the happiest countries in the world, however, they are not particularly smiling cultures.  Instead, the Nordic people and the Finns especially are emotionally introverted.  They rarely rank highly on expressions of joy or anger but rather happiness is about living a reserved, balanced and resilient life.

As this year’s theme for International Day of Happiness is Happier Together, we wish you a wonderful day and let’s continue to focus on what we have in common, rather than what divides us.

If you need to make a good first impression with your new international parent company, potential foreign client or supplier, contact us for a sample course outline for our 'Working Effectively with...' courses which focus on the culture/s of your choice and covers social and business etiquette.