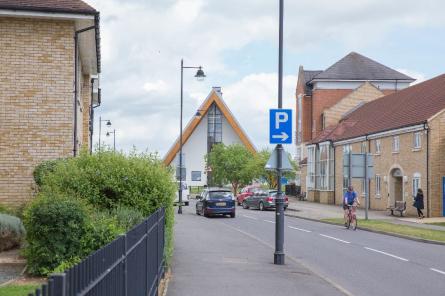 Your views are sought on plans for the next phase of a new public transport link and Park & Ride site between Cambourne and Cambridge. The public consultation closes to comments at midnight on Sunday 31 March.

Proposals for phase two of the Greater Cambridge Partnership’s Cambourne to Cambridge Better Public Transport Project between the Madingley Mulch roundabout and Cambourne have been set out in a public consultation that finishes at the end of March.

The scheme will introduce a reliable public transport link connecting Cambourne with the city to offer sustainable travel and support growth. By 2031, 8,000 new homes are planned for development in the Cambourne to Cambridge area and more than 44,000 new jobs will be created in or around the city.

Cllr Lewis Herbert, Chair of the GCP’s Executive Board, said: “Cambridge needs a world-class public transport system to help people move around quickly and more reliably. We must take action now to connect growing communities to jobs, education and opportunities.

“The Cambourne to Cambridge scheme will give people the opportunity to leave their cars outside the city and travel into Cambridge more easily on enhanced public transport.

“We’re keen to hear the views of everyone who travels along the route – from Cambridge through to Cambourne and the surrounding area – to ensure we deliver the best project to support residents, workers and businesses as Greater Cambridge continues to grow.”

The three potential options put forward in the phase two consultation for a new public transport link between Madingley Mulch roundabout and Cambourne are:

People are also invited to have their say on two potential options for a new Park & Ride site along the route. The site options are:

Printed consultation materials will be delivered to homes and people can also view the plans and complete a questionnaire on the GCP website. The GCP is holding a number of public exhibitions to discuss the plans with members of the public and dates, times and venues are available on the project pages.

The public consultation closes to comments at midnight on Sunday 31 March.