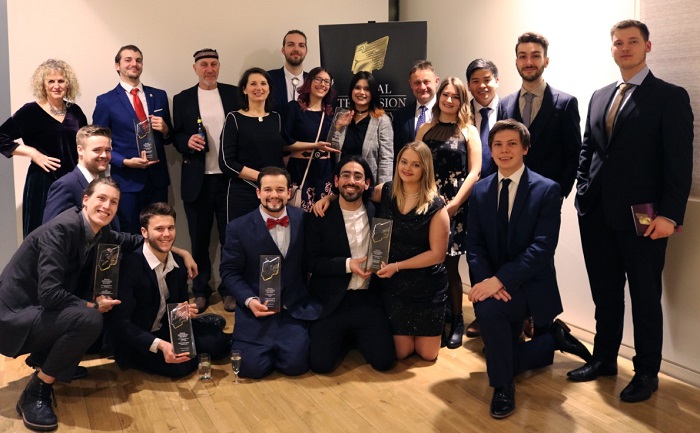 The awards were hosted by ITV Anglia presenter Becky Jago and BBC Look East’s Stewart White, and featured a number of professional as well as student categories.  The Royal Television Society is supported by UK and global broadcasters, producers and consultants, including principal patrons the BBC, Sky, Channel 4 and ITV.

Students from the BA (Hons) Film and Television Production course at Anglia Ruskin won all five of the craft skills awards as well as the best drama prize for Things Left Unsaid.  The touching coming of age film, directed by Theo Douchand and produced by Francesco Merlini-Fiore, captures a teenager coming to terms with her mother’s death while preparing to leave for university.

Things Left Unsaid also won prizes for best editing (Andrea Bortolaso) and writing (Theo Douchand).  Theo said: “I can’t express how grateful I am for this award and for all the help we got as a team from our lecturers and friends.  It is a very personal story so I am really pleased that we have managed to touch people in the way I had hoped.”

Sophie Jackson, Course Leader and Senior Lecturer in Film and Television Production at Anglia Ruskin, said: “A Royal Television Society award is incredibly prestigious within the UK film and television industry, so winning six of the eight student categories is a wonderful achievement. It highlights the depth of creative talent we have on the course, both students and staff. I’m really proud of them all.”