Heartbreaking history of ‘babies they left behind’ 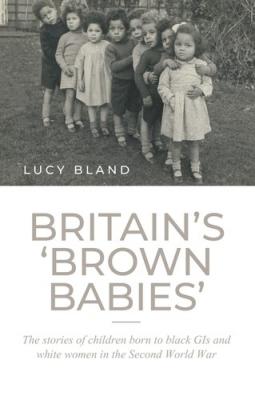 A new book published this week lifts the lid on ‘the babies they left behind’, a story of institutional racism affecting approximately 2,000 mixed-race children born in Britain during the Second World War.

Of the three million American servicemen based in Britain between 1942-45, approximately 240,000 were African American and many of these GIs had relationships with local women.

The babies were illegitimate because the American white commanding officers refused black GIs permission to marry their pregnant British girlfriends. The British government blocked the potential adoption of these children by Americans, including by their fathers, despite great interest from hundreds of African Americans. At the time the African American media called them ‘brown babies’, while the British press used the term ‘half-castes’.

Central to Professor Bland’s book are oral histories, supplemented by letters, analysis of government records, information from children’s homes, and contemporary newspaper reports. Professor Bland, who interviewed 45 of these children for her book, said: “These ‘children’ are now in their early seventies and I thought it was important that this significant, and largely undocumented, piece of Britain’s social history was shared with a wider audience before it is too late.

“Britain in the mid-1940s was a very white country. This was a time before the arrival of people from across the Commonwealth, including the Windrush generation, who together helped to rebuild post-war Britain.

“Some of the children had very happy childhoods, but most faced difficulties. Many ended up in children’s homes, such as Holnicote House in Somerset, because the view of the adoption societies at this time was that mixed-race children would be too difficult to place.

“There are some heartbreaking stories, and racism was common as the children grew up in predominately white areas, often small towns and villages in the countryside where the GIs were based in the war, with no black or mixed-race role models.  However, it also includes many uplifting stories such as the children who went on to find their fathers, and their wider families, in the United States.”

Britain’s ‘Brown Babies’: the stories of children born to black GIs and white women in the Second Word War is published by Manchester University Press and is released in hardback on Friday, 17 May, priced £20.