Green energy is moving beyond incentives as on-farm production increases 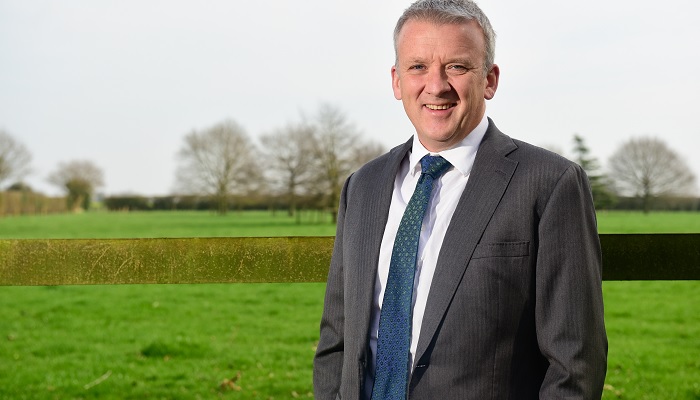 The role of renewable energy within the farming mix is to be discussed at an Agri-Tech East meeting, ‘We’ve Got the Power; On-Farm Solutions to Energy Demands’ on 23 May, which is comparing experiences and considering new developments.

About 50 per cent of AF Group farmers have invested in or have access to green energy, and renewables are becoming more core to the business as the benefits become more valuable than government incentives.

Dr Belinda Clarke, Director of Agri-Tech East, comments that renewable energy always attracts interest from its diverse membership. “The amount of kit directed at on-farm energy generation was notable at Cereals this year and so was the interest in crops grown specifically to feed anaerobic digestion (AD) so discussion about the pros and cons of the approaches and innovations in the technology seemed timely.”

Speakers are drawn from both the farming community and the technology developers, offering a number of perspectives.

Jon Duffy, AF Group Chief Executive (pictured), comments that: “Although early installations focused on taking advantage of incentives to help farmers diversify their businesses and create extra revenue, more recently our members have been designing and installing systems according to their own consumption patterns.

“Solar is by far the most widespread due to its lower entry costs and certainty over performance, which benefits from the predictive science available in terms of sun or wind hours etc. The proportion investing in wind and /or AD is much smaller.

“The perception is that AD has been oversold in the main, with some AD plants not performing as expected either due to construction, design or feeding issues.

“One of the main concerns, highlighted by our members, is that the systems do require quite a lot of time and effort to keep the systems running, from monitoring PH levels through to maintenance of the CHP (Combined Heat and Power) engine.

“Originally it was expected to fit in with other farming practices, but it has becomes a role in itself to achieve the expected output and associated revenue.

“There are also various issues related to the disposal and utilisation of digestate, especially within nitrate vulnerable zones (NVZ), but members are adapting and we are seeing an increasing number of contractors specialising in this area.”

Many of the initial issues are being addressed, however Innes McEwan, Head of Farming for Future Biogas, agrees that feeding an AD can be similar to feeding dairy cows! “They need consistent, quality, repeatable feed delivered hourly. On 2.2MW, crop-fed AD plants might feed 100 – 120 tonnes per day, depending on type of crop included.

“However, depending on its size the farm does not need to grow crops to feed the AD and indeed should only do so if planned cropping is sustainable.

“Green waste from councils and food waste can generate gate fee income and produce high levels of energy, although this can be unreliable in quantity and consistence. Food waste “soups” are becoming available, but often the problem can be that the source of origin of the food waste can be a long way from rural AD sites.”

Alex Farnell, also from Future Biogas, believes that the industry is moving beyond incentives but is still operating on an uneven playing field. “Although there is potential for renewables to compete effectively with fossil fuels, the need for subsidy will continue until genuine carbon cost of fossil fuels is reflected in energy prices.

“To me, the future of renewables, including biogas, will be guided by the infrastructure that exists to distribute the renewably generated power or fuel on a national scale. The grid as it stands would require sizeable and onerously expensive reinforcement and upgrading to deliver the required peak demand. Transport-wise the current charging infrastructure is also in relatively early stages of development.”

Jon Swain, Senior Consultant for NFU Energy, comments: “All energy generation, on-farm or not, is affected by government policy. We must however accept that both Renewable Heat Incentive (RHI) and Feed in Tariff (FiT) are incentive schemes designed to popularise renewable energy, not support them in the long term. The most successful form of energy generation is a scheme that is appropriate to the business – that off-sets onsite demand and allows the farm to generate additional income.”

Stretham Farmer Luke Palmer, Director of FC Palmer and Sons, agrees. He comments that sustainability has been the driver behind a number of innovations adopted by the farm: “The farm has been trying to seek technical advantages for years, be it from water management, precision farming techniques, or using less staff for more output.

“Solar panels were a conscious decision to diversify income and we were lucky to install 50kw solar panel arrays before the Feed in Tariff dropped to such low levels; these have been very successful but they are not without their foibles – inverters breaking, tripping, over heating etc. We have had a seven year payback on the initial investment.”

When asked what advice Luke would give to his younger self he comments: “We aren’t really a farm that shouts about what we do but I want people to learn from our experiences. My advice would be ‘don’t believe the hype’ – there is too much technology being offered. Also, if something is working well ‘don’t be revolutionary, be evolutionary’.”

Find out more at www.agritech-east.co.uk/event