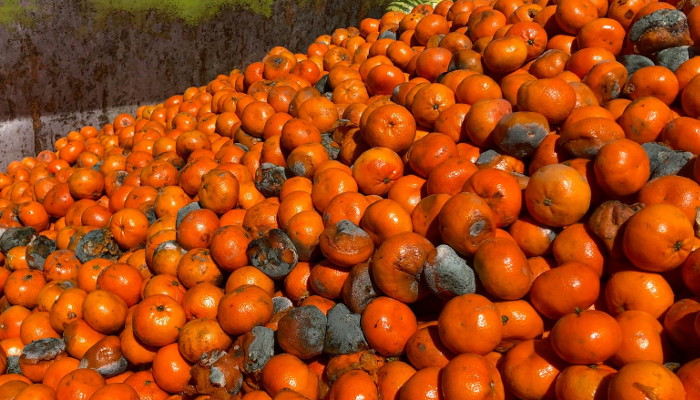 Emerging technologies for the circular economy will be discussed at  a forthcoming Agri-Tech East event.

Two to four million people could be fed their five-a-day nationally on fruit and veg that is currently rejected for cosmetic reasons such as colour, shape and size, it has been estimated by WRAP.

AMT Fruit, part of the Munoz Group, is one of the UK’s largest citrus specialists, and they are addressing the problem in a number of inventive ways, which are to be discussed at the Agri-Tech East event ‘Closing the Loop on the Circular Economy’ on Wednesday 5th June 2019.

Naomi Pendleton, Head of Technical and CSR at AMT Fruit Ltd, is to speak at the event. She explains that the company works with over 250 growers to supply Tesco with 11 million boxes of citrus each year – that’s approximately 140 million nets of citrus.

She says: “We have been focusing on reducing food waste in our global operations for a number of years, and through our efforts to date we have reduced overall operational waste by 30% from 2015 to 2018, the majority of which (81%) is citrus fruit waste.

“This has been achieved in a number of ways including: revising and broadening product specifications; expanding our sourcing countries; introducing new product lines; and developing partnerships with food charities, which have seen the donation of 1 million portions of fruit.”

AMT conducted consumer research to gauge attitudes and as a result was able to work with their retailer customer Tesco to accept an increased amount of ‘scruffy’ fruit and to introduce a new giant line of over-sized fruit. This resulted in Spanish growers supplying an extra 10% of their crop to Tesco. Further improvements to the delivery strategies have extended the shelf life of citrus fruits by 40 million days.

However despite these efforts the organisation still has in excess of 2,000 tonnes of waste each year from the UK operation.

Naomi explains: “Our citrus waste is too wet and acidic and full of rots and moulds which makes it unpalatable for animal feed. We were having to send all our waste to AD plants. At the start of 2018 we were introduced to Joe Halstead from AgriGrub, who was looking for locally sourced viable waste products on which to grow his black soldier fly larvae.”

AgriGrub feeds waste vegetables and fruit to the larvae of Black Soldier Flies and when they are an optimum size they sell the larvae – branded as Calci worms – to pet food distributors and retailers as a form of live feed for reptiles. Their virtuous by-product is called frass, and is a sustainable source of nutrients for plants, and a novel bio-repellent for crop protection.

There is already a significant body of evidence on the efficacy of chitosan (the active component in frass) as a biopesticide. However for many years the cost of extracting the chitosan was considered too great, as the process involved boiling crustacean shells in sulphuric acid. Frass from insects, however, needs little processing and represents an economically viable source of chitosan for agriculture.

Joe Halstead explains: “We are focusing our attention at the moment on higher margin crops which have few treatment options for pests and diseases as this is likely to give us the best return in the least time. However longer term I hope and expect frass to have broadacre application, especially where neonicotinoids are being phased out. Our first frass trials, on brassicas, showed a 94% reduction in aphid numbers on frass treated plants versus controls.

“It is in the field where routine synthetic pesticide usage is most damaging to our environment, so ideally we'd like to see frass and its bio-repellent qualities used in the field to repel insects rather than killing them. This spares non-pest species and allows beneficial insects to persist in the local environment.”

Naomi says the relationship is working well: “This is a great example of a circular economy created through a mutually beneficial relationship. Our presentation will discuss this relationship, how it works and the benefits for all, including those for local farmers.”

Dr Belinda Clarke, director of the membership organisation Agri-Tech East, says: “Food waste is a major issue and the work AMT Fruit is doing with AgriGrub is one of a number of inspirational approaches that use waste from one process as input to another. The event will also look at novel uses for coffee waste and ways of producing fertiliser from greenhouse gas.”

Other speakers at the event include: Gareth Roberts, CEO of Cambond; Peter Hammond of CCm Technologies, Steve Taylor, CEO of Celbius; Dr Claudio Avignone Rossa, Reader in Systems Microbiology at the University of Surrey; and, it is to be chaired by Meredith Lloyd Evans, CEO of BioBridge.

Find out more at www.agritech-east.co.uk/events