Over 60% of world population to be covered by GDPR-style legislation, according to Redgate analysis 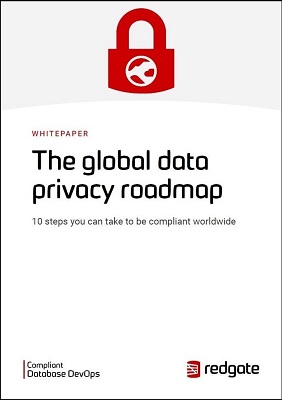 Demonstrating the increasing global emphasis on improving data privacy following the introduction of the GDPR one year ago, 16 countries and 13 US states have plans to introduce similar legislation, Redgate analysis has found. Along with the current 28 member states of the EU, this means that over 62% of the world’s population will be protected by tougher data privacy laws moving forward.

It has been launched following Data Privacy Week, a comprehensive series of online events which Redgate ran in conjunction with the Professional Association for SQL Server (PASS) on the anniversary of the GDPR being introduced. The week featured a panel discussion, case study session, expert insights, and a keynote on ten steps businesses can take to be data compliant worldwide.

As Chris Unwin, Redgate Data Privacy and Protection Specialist, comments: “In the year since the GDPR became law, it has increasingly become the blueprint for similar legislation worldwide in places as far apart as California and India, China and New Zealand. Essentially, data has moved from being a business asset to a business risk. With fines for non-compliance rising steeply, organizations operating on every continent need to take data privacy and consent seriously if they are to function effectively within the law while retaining customer trust.”

70% of the world’s ten most populous countries, including Indonesia, Brazil, China and India have either introduced new data protection legislation, or plan to do so. At the same time, 13 US states have proposed regulations in the works, with the California Consumer Privacy Act the first to pass into law, becoming effective on January 1, 2020.

While legislation is increasing, the threats to data privacy are also changing. According to the Identity Theft Resource Center, the number of data breaches caused by hacking are falling, while those due to unauthorized access have trebled from 11% to 30% over the last 12 months. This means that businesses need to strengthen and document how data is used within the organization, across production, development and test systems and databases.

“The good news for businesses is that legislation across the globe is following similar common themes, meaning that they can put in place plans that cover multiple laws at the same time,” adds James Murtagh, Redgate Product Marketing Manager. “With an increasing number of data breaches and incidents coming from internal failings, they need to focus on four key areas – understanding their data, protecting it, using DevOps to aid data protection and implementing constant monitoring – if they want to remain compliant, wherever they operate.”

As well as the whitepaper, the Data Privacy Week webinars can also be viewed on-demand here