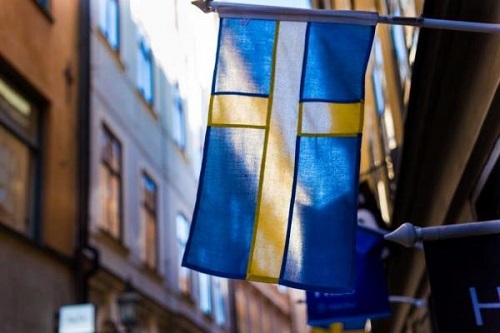 Today (6th June) is the National Day of Sweden, known to be in honour of Gustav Vasa being elected as King in 1523 and the adoption of the new constitution in 1809.

It wasn't until 2005 that it became an official public holiday, swapping it for Whit Monday (day after Pentecost).

Previous celebrations were known as 'The Day of the Swedish Flag' ('Svenska flaggans dag') which began in the early 1900s after Artur Hazelius, founder of Stockholm's biggest outdoor museum Skansen. On the day, members of the royal family travel to Skansen by carriage where celebrations are still held at the museum.

In more recent years, many new Swedes are now officially bestowed citizenship in special ceremonies around the country, nearly every town and city will have organised concerts and activities.

Sweden has achieved an enviable standard of living under a mixed system of high-tech capitalism and extensive welfare benefits, and is expected to remain one of the most attractive business locations in the world. Sweden remains outside the Eurozone because of concerns over its impact on the country’s economy, welfare system and sovereignty. Privately owned firms account for the vast majority of industrial output, of which the engineering sector accounts for about 50% of output and exports.

The main core values of Sweden are modesty, equality and respect for universal human rights.  Privacy is also highly respected.  There is little interference in private lives. Not getting personally involved in someone else’s life though has led to the misconception that Swedes can be ‘cold’ or distant, although their intent may be the opposite.

Academic research has identified the Swedish management style as meritocratic, autonomous and anti-hierarchical. It is biased towards a team approach and reluctant to glorify ‘star’ performers. Swedish senior managers tend to focus on the big picture goals, on setting direction and aligning support. They leave the details and execution to their teams. Compromise and consensus is seen as a solution to most disputes. Swedes’ aim is to involve everyone in the decision-making process to assure buy-in and satisfaction. This process, however, requires time and effort which can be frustrating to other cultural groups.

The instinctive non-confrontational style of Swedish managers means they have to learn to communicate more clearly outside of their home culture.  Communication therefore tends to be direct, speaking quite frankly in a straightforward yet diplomatic and polite manner.  Swedes tend to avoid boasting or exaggerating.  In turn, if a Swedish person says they are good at something, it usually means they are an expert or at an advanced level.

Swedes are also good negotiators and rarely use high-pressure or aggressive tactics. They are co-operative listeners. Rational, clear, factual and logical arguments are considered to be the most acceptable. They value getting things done and any attempt to add emotional arguments tends to be perceived as a weakness.

Finally, meetings usually get right down to business with little small talk. Swedes are sincere people who generally dislike superficiality in conversation. Humour rarely has a place in business discussions, one’s private life should not be discussed there at all, and personal comments should also be avoided. It is vital to come well prepared as the Swedes hate wasting time. Nevertheless, it is unrealistic to expect initial meetings to lead to straight decisions. Allow sufficient time for questions and clarifications.

Inspired? If you want to learn how you can work more effectively with your Swedish colleagues, clients or supplier, contact us for a 'Working Effectively with...' sample course outline.  All training is tailored to meet your needs and delivered at a location of your choice.