Cancer treatment research could save millions 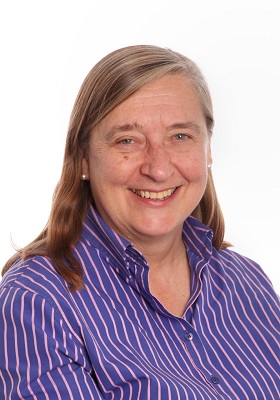 A Cambridge University Hospitals NHS Foundation Trust consultant has spearheaded a health study, which could help patients - and save millions of pounds worldwide.

Honorary consultant medical oncologist, Professor Helena Earl, led a team of experts in a study published in the prestigious medical journal, The Lancet.

Women with early stage HER2-positive breast cancer typically take the drug trastuzumab for 12 months to reduce the likelihood of cancer returning. But results from this study revealed that a reduced six month course of the drug delivered similar results. It found that 89.4 percent of women taking six months' treatment were free of breast cancer after four years compared with 89.8 percent of patients taking treatment for12 months.

In addition, just three per cent of women in the six month study had to stop taking the drug – also called Herceptin - because of heart problems compared with eight per cent of those who took it for 12 months.

HER2-positive breast cancer is one that tests positive for a protein called human epidermal growth factor receptor 2 (HER2), which promotes the growth of cancer cells. In about one of every seven breast cancers, the cancer cells have a change that causes an excess of the HER2 protein to be made.

The cost saving of a six month, rather than 12 month, treatment is estimated at £9,699 per patient and potential global savings could be in the millions annually.

The £2.6m PERSEPHONE trial, the largest of its kind, was led by a team from the University of Cambridge, CUH and Clinical Trials Unit at the University of Warwick and involved 4,088 women. It was funded by the Health Technology Assessment (HTA) Programme, at the National Institute for Health Research (NIHR) and builds on research funded by Cancer Research UK.

Professor Earl, also a professor of clinical cancer medicine at the University of Cambridge, said: “These results can now be used by the breast cancer community and entities such as NICE and NHS England for consideration of change in practice.

“The study and data from a parallel French trial will be used to explore whether there are subgroups of higher risk women for whom 12 months therapy would remain the most appropriate course. Women currently taking the medication should not change their treatment without seeking the advice of their doctor.”

More about the trial, and a full list of those who were involved with it can be found in the The Lancet.