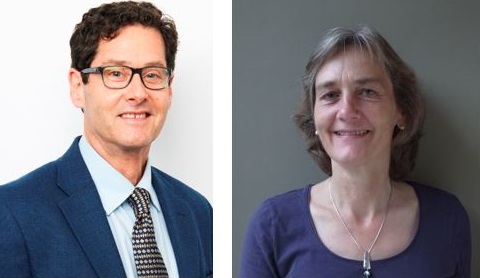 A Cambridge-based study has shown that the diagnosis and treatment of some of the most critically ill babies can be improved by sequencing their whole genome.

The study, which is the largest of its kind in the world, uses advanced genome sequencing to help doctors identify genetic conditions in neonatal and paediatric intensive care units.

It comes as Cambridge prepares to build a new children’s hospital for the East of England, thanks to up to £100 million of Department of Health funding. Mapping the whole human genome and understanding the genetic basis of disease and recovery is central to the hospital’s vision.

The study found that one in four babies had an underlying genetic condition and that in the majority of the cases, the diagnosis changed their treatment plan.

The Next Generation Children’s Project, uses whole genome sequencing that delivers results within a two to three week window in the National Health Service (NHS) in the UK. Proving that the tests are possible and have an impact on early diagnosis and treatment paves the way for this kind of testing to be offered nationally.

The breakthrough, which is expected to attract medical interest worldwide, will enable doctors to intervene earlier, manage conditions more effectively, potentially improve outcomes and even save lives.

Importantly, parents who lose a child are more likely to be spared the agony of not knowing the full reasons why, and will be able to make more informed decisions about trying for a family again.

The announcement follows a trial spearheaded by University of Cambridge and Cambridge University Hospitals NHS Foundation Trust (CUH), which runs Addenbrooke’s Hospital and The Rosie maternity.

The study, funded by the National Institute of Health Research (NIHR), the Cambridge Biomedical Research Centre, the Rosetrees Trust and Isaac Newton Trust, discovered that one in four had an underlying genetic condition. Critically, it changed the clinical management of 75 per cent of those patients.

One of the surprising findings, which were scrutinised by top analysts, scientists, geneticists, critical care physicians and neurologists, was that a child’s appearance alone was rarely a good predictor of whether a child had a genetic condition and which gene abnormality caused the problems.

Chief Scientific Officer of NHS England, Professor Dame Sue Hill DBE, who is responsible for the development of genomics across the NHS said: “Genomics has the potential to transform the delivery of care for patients which is why the NHS has prioritised it in its Long Term Plan.

“This Cambridge trial is important because not only does it show the potential benefits of whole genome sequencing to significantly improve care for seriously ill children, but it also demonstrates this technology can be delivered as part of a mainstream NHS service.  This trial will help to shape and inform the NHS implementation of whole genome sequencing for seriously ill children, as set out in the NHS Long Term Plan.”

University professor of pediatrics and CUH honorary neonatal consultant, David Rowitch (pictured left), said: “I believe this study will have an enduring impact on the field. It adds to the weight of evidence that whole genome diagnostic testing should be applied in the management of intensively ill children.

“The promise of this for the future includes more rapid diagnosis and early detection of genetic disease that can pave the way to providing medicines that are best suited to the child.”
Professor of genomics and consultant clinical geneticist, Lucy Raymond (pictured right), added: “We are proud that Cambridge is leading the nation on this cutting edge work with babies and young children and are really grateful to the families who have contributed to this study so generously.

“Each year almost 100,000 such patients are admitted to intensive care units across the UK and in the East of England alone it has the potential to help 3,000 annually.”