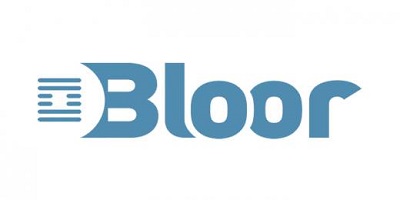 In its latest report, the independent research and analyst house, Bloor, identifies Redgate as an innovator in the test data management space, and states the software company is uniquely positioned in offering a solution to mid-market businesses as well as enterprises.

Test data management is of increasing interest to companies and organizations because concerns about data privacy now require sensitive data in databases used in software development and testing to be removed.

One approach is to use synthetic data generation which, while it prevents sensitive information from reaching development environments, involves significant bottlenecks. Other methods like restoring from backups and data subsetting have been used but are unable to meet the demands of contemporary database development. Instead, many are choosing to combine data masking with data virtualization to provision realistic yet anonymized data quickly and efficiently.

In order to compare the different approaches, Bloor Research looked at the test data management solutions from ten vendors in its 2019 Test Data Management Market Update. Redgate’s SQL Provision stands out from the crowd for two key reasons.

Firstly, data masking has traditionally been a necessity in industries like banking, which have been served by bespoke solutions out of the reach of many businesses. The rise in stricter data protection legislation around the world, however, now requires most businesses to maintain the privacy of personal data, and SQL Provision was developed to meet the needs of medium sized businesses as well as larger companies.

Secondly, alongside its data masking capability, SQL Provision uses Microsoft’s proven virtualization technology to creates database copies which are a fraction of the size of the original. This enables the copies, or clones, to be created in seconds, with the data in those copies automatically masked.

In the InBrief report which accompanies the Market Update, the Senior Researcher from Bloor talks about SQL Provision and concludes: “This has some clear advantages over competing approaches, such as data subsetting or synthetic data generation, most of all that it guarantees that your test data will be representative. It also makes provisioning that test data fast and easy. What’s more, Redgate is uniquely positioned in offering a solution based on database cloning to the mid-market, whereas competing products tend to be targeted at the high-end.”

The affirmation of SQL Provision by an independent analyst follows a year in which the solution has also received many awards. It won gold in the Visual Studio Magazine Reader’s Choice Awards, was a finalist in the Computing Magazine DevOps Excellence Awards, and Redgate was named as the best performing company in security and infrastructure software in the Megabuyte50 Awards.

As James Murtagh, Redgate Product Marketing Manager, concludes: “It’s good to see Bloor calling out SQL Provision in their report, especially against such strong competition. Organizations like PASS and KEPRO are already taking advantage of the benefits a combined database cloning and data masking approach brings. By implementing SQL Provision, they’ve been able to solve the challenges involved with provisioning realistic and compliant test data to development quickly and safely.”

A 14-day, fully-functional free trial of SQL Provision is available from the Redgate website.