There are less than three weeks left to shape plans for new walking, cycling and equestrian routes to provide quality links between Cambridge and villages to the south of the city.

The Greater Cambridge Partnership is continuing to invite people to share their views on the proposed Melbourn and Sawston Greenways routes.

They are part of a proposed network of 12 Greater Cambridge Greenways to provide first-class, largely off-road walking, cycling and equestrian routes between the city and nearby villages

Cllr Ian Bates, Vice Chair of the Greater Cambridge Partnership, said: “The Melbourn and Sawston Greenways will make it easier and safer for people living in villages to the south of Cambridge to travel into the city on bike or on foot.

“We want people to travel more sustainably wherever possible, so I ask people to take the time to tell us what they think about these proposed routes before 5 August.”

The GCP has already held a number of public events on the Melbourn and Sawston routes – with two further pop-ups being held on the following dates and venues:

The GCP is currently spending £4.6m to upgrade the existing cycling and walking links across the Greenways network to make it easier and safer for people to walk or cycle on these routes.

Have your say by completing a survey – either in print or online – by 5 August. 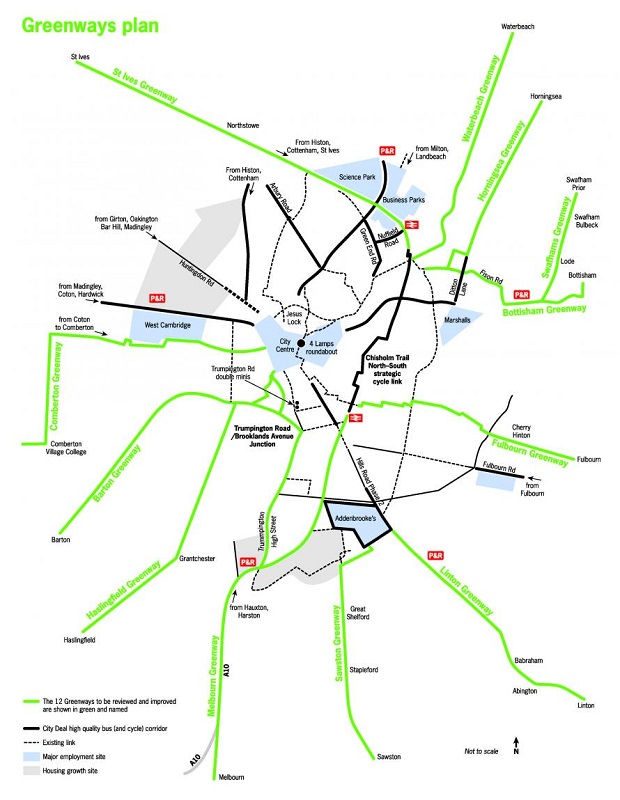