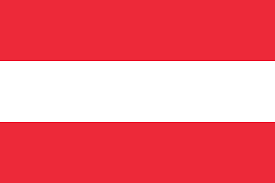 Each month Babel offers free briefings and expert advice for living and working with different cultures to its clients, learners and friends in the industry. This month the focus is on Austria.

We’ll email each monthly cultural newsletter directly to you, all you have to do is subscribe.

This month we focus on Austria, one of Europe’s wealthiest nations. It borders eight countries including the Czech Republic, Germany, Hungary, Italy, Liechtenstein, Slovakia, Slovenia and Switzerland.  80% of the 8.7 million population is Christian with an overwhelming majority being Roman Catholic. 10% are Muslim, Jewish or Orthodox.  88% of Austrians are of German ethnicity, the remaining 12% are descendants from neighbouring cultures. The population is homogeneous as almost all of these minority cultures were at some point in time part of former empires.

Although Austria is a small country, there are over 48 million people living within a 250 mile radius of Vienna. The country is therefore an ideal location for access into central and eastern European (CEE) markets.

The official language of Austria is German but there is a discernible difference between the versions of German spoken in Austria and Germany.

Austria is divided into nine ‘Bundesländer’ (‘single lands’ or provinces). Nearly every Austrian province shares a border with another European country, apart from Vienna. In turn, the people of each province tend to have some distinctions, often noticeable in language and dialect.  The regions are less used to non-German speakers, and therefore it helps to be a competent speaker of German to get business done there.

Austrians are somewhat reserved and on a first meeting they may find outgoing or very positive attitudes overbearing or even insincere.  This is because they value friendliness that feels comfortable rather than exuberant.

The values of co-operation, consensus, formality and ‘gemütlichkeit’ (warmth, comfort or happiness) are keys to happy living in Austria.  For example, Austrians often enjoy engaging and learning through conversation. It is common for people to have a membership in a local organisation (a ‘Vereine’). Meeting at restaurants, coffeehouses and ‘gasthäuser’ extend beyond drinking alcohol; such settings provide a communal place for camaraderie to flourish.  Austrians also have a deep respect for the environment, artistic talents, philosophy and enriching conversations.  They value refinement but in an understated manner.

In the workplace, employees value being independent, hierarchy for convenience only, equal rights and accessible managers that facilitate and empower. Power is decentralised and managers count on the experience of their team members. Employees expect to be consulted. Control is disliked.

Austria is also highly success oriented and managers are expected to be decisive; the emphasis is on equity, competition and performance. Conflicts are resolved by debating them out.

Austrians tend to be very thorough in their business dealings.  Agreements, contracts and proposals will be examined in detail to achieve an in-depth understanding of the contents. They are highly analytical and rational so if you make a vague suggestion or understatement, expect your Austrian counterpart to ask for clarification.

Austrians are always respectful of the title and position of others. A manager should always project the image of someone who clearly knows their subject.  By return, you should acknowledge people with a formal greeting before starting a conversation; the most common salutation is ‘Grüß Gott’. This includes anyone you meet in whatever context.  The formal "Sie" is a must until told otherwise and the "Du" is offered by the higher ranking or older person.

When addressing colleagues acknowledge their titles using an address such as ‘Herr Magister Schmid’ or ‘Frau Ingeneur Huber’. The importance of titles is reflected on a person's business card. Should somebody have two Ph.D.s this person might even be addressed as "double doctor" such as Dr. Dr. Lang. Titles continue to ensure respect so make sure you add yours to your business cards.

What is the name of the world’s largest and longest ice cave found in Austria?