Babel: How to run a multi-cultural team meeting 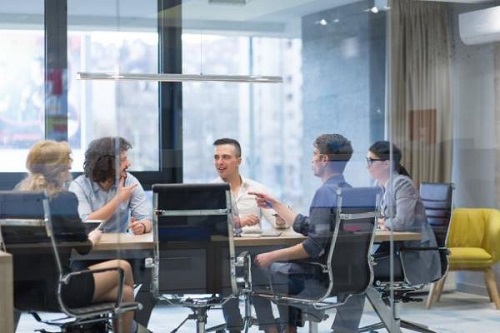 Meetings are an integral part of our business lives. If you had prior knowledge of your colleagues'/clients' cultural backgrounds, would you hold your meeting in a slightly different way?

While the majority of meetings between people are successful, there are times when communication breaks down and relationships can be damaged.   When people work across cultures and in international teams, the chances of this happening are much greater. Each person brings their own cultural preferences and conditioning of what is ‘normal’ to the encounter.

For example, here in the UK, a successful meeting is likely to include humour, coded speech, understatement, a ‘fair’ proposition and a summary of all the points agreed.

But how do other cultures brainstorm ideas, make decisions, offer opinions and deal with conflict? How can you make sure that the more ‘expressive’ cultures don’t dominate meetings?

For some nationalities (France, Italy, Greece) the art of debating is vital – where for others (Japan, Finland) silence is applied at strategic stages. Your colleagues from China, Japan and Korea are probably having to work harder at listening and may be reluctant to admit to not following the discussion. Furthermore, what is said at the meeting is also evaluated against the context of how it was said (language/fluency issues), when and where and who said it and why (authority/hierarchy concerns).

Approach your multi-cultural meeting being mindful of these differences but don’t be rigid in your thinking and stereotype individuals and nationalities. If you can, beforehand, read as much as possible about the people and customs that you are working with (for example, subscribe to our free, monthly cultural newsletter). Encourage your colleagues to think about how they may come across so they can make small adjustments too. Test your hypothesis against evidence you observe during the meetings. Equally important, don’t go over-board and pretend to be someone you’re not.

At the outset establish some protocols and norms so your colleagues know how the meeting will run. Ensure the structure of the meeting is clear. For example, if you want to encourage dialogue, create a structure for it because it may not happen spontaneously with high-power distance cultures (UAE, Mexico, Malaysia, China). Unlike low-power distance nationalities (Austria, Israel, Scandinavia, Germany, Switzerland) they are not always comfortable speaking up on a subject that they are not experts in, and would rather defer to the boss/expert’s opinion. In larger group meetings, consider breaking up the participants into sub-teams to gather opinions, and then one person from each group can act as spokesperson for the rest.

More specifically, for cultures such as Switzerland, Germany, UK, Scandinavia, USA, Netherlands, Australia, Canada: talk and listen equally, discussing one thing at a time. You can be politely direct and use logic and rationality, sticking to facts. Concentrate on the task at hand, stay results-oriented, follow the rules and stick to the agenda.

For cultures such as Italy, Spain, Portugal, Latin America, Sub-Saharan Africa, Middle East: let them talk, as speech is for articulately debating opinions. Be prepared to discuss several things at once, digressing from the agenda, with several people talking at once. It’s acceptable to display your emotions and interrupt when you have a point to make. Be diplomatic and remain relationship-oriented.

For cultures such as China, Korea, Vietnam, Japan, Philippines, Hong Kong, Singapore: good listening is important and do not interrupt or confront as this will cause someone to lose face. A successful meeting maintains harmony, therefore your opinions should be indirect and ambiguous. Prioritise diplomacy over facts, without rushing or using pressure tactics. Be prepared to go over topics several times and work hard at showing your respect and building trust.

Informal chats and spontaneous discussions also have an important role to play and it’s wise to remain flexible about the entire decision-making process. In many countries, formal meetings are there to ratify decisions that have already been agreed in separate pre-meeting lobbying. Remain open to soliciting opinions at other times and venues, and encourage people to provide feedback in different ways.

Getting to know your team members is always sound practice but especially so when your team comprises people from different countries. Whilst it’s true to say that on an emotional level people tend to be driven by the same fundamental needs and concerns, how these are expressed or acted on can be quite different depending on the cultural background. International teams are here to stay and we must invest the time in educating ourselves about each other’s culture and language.

If you would like to find out more about how we can support you when working across cultures or as part of an international team, please call 020 8295 5877 or email sue.curry@babelgroup.co.uk.  All courses are tailored to suit your needs and delivered at a location of your choice.