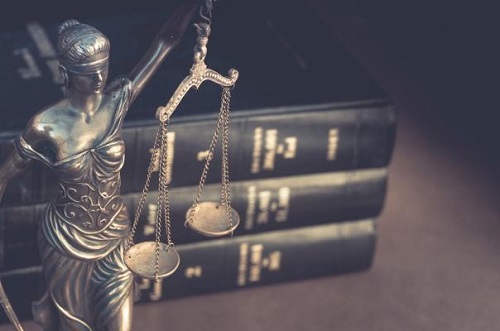 The Supreme Court hands down a seriously remarkable ruling whilst considering for the first time the meaning of section 1 of the Defamation Act 2013. Mohammed Husnain Ali  of Hewitsons discusses the issues.

The Defamation Act 2013 was introduced to reform the realms of defamation law which were previously moulded primarily by common law. Under common law, a presumption was made that harm had been caused to a claimant’s reputation following a defamatory statement. However, Section 1(1) of the Act relates to the new statutory requirement that a defamatory statement must cause "serious harm" (as opposed to merely just harm) to a claimant's reputation:

"A statement is not defamatory unless its publication has caused or is likely to cause serious harm to the reputation of the claimant."

Background:
In this case, the publishers of two British newspapers appealed against a decision that articles published by them caused, or were likely to cause, serious harm to the respondent's reputation within the meaning of the Defamation Act 2013 s.1(1).

Here, the respondent was a French aerospace engineer who had been living in the United Arab Emirates with his British wife and their young son. When the marriage broke down, he began divorce proceedings in the UAE courts and was awarded custody of his son.

Later, in early 2014 the publishers ran articles which reported allegations about the respondent's conduct towards his wife including violence and abuse towards during their marriage, hiding their son’s passport to stop her from removing him from the UAE, had made use of UAE law and the UAE courts to deprive her of custody and contact with her son as well as callously taking possession of their son and later falsely accusing her of abducing them. He initiated libel proceedings and, at a "meaning hearing", the judge held that the articles bore eight defamatory meanings, including that the respondent had been violent and abusive towards his wife and had taken their child from her. Nevertheless, the publishers argued that the articles were not defamatory because they had neither caused nor were likely to cause serious harm to the respondent's reputation within the meaning of s.1(1).

High court and Court of Appeal:
Mr Justice Warby at first instance rejected the respondent's submission that s.1(1) simply added to the common law rule, that libel would be made out if the words had an inherent tendency to cause some injury to reputation, a requirement that the inherent tendency had to be to cause "serious harm" to reputation. Instead, he substantially accepted the publishers' argument that s.1(1) inserted an additional requirement that the words complained of should in fact result in serious harm. However, finding that the articles did cause serious harm, he found for the respondent. The Court of Appeal preferred the respondent's construction of s.1(1), but upheld the judge's finding of serious harm.

The court considered that section 1 of the Act not only raises the threshold of seriousness from previous case law but also requires its application to be determined by reference to the actual facts and its impact, not merely the meaning of the words. The reasons provided were as follows:

The conclusion of the first instance decision that the articles had caused or were likely to cause serious harm was based on the scale of the publications; the gravity of the statements; the fact that they had come to the attention of at least one person in the UK who knew the respondent; and the fact that they were likely to come to the attention of others who either knew him or might come to know him in future. It was thus based on a combination of the meaning of the words, the respondent's situation, the circumstances of publication, and the inherent probabilities and thus, on the facts the Supreme Court largely adopted Warby J’s approach, concluding that there was no error in the “serious harm” finding.

This case highlights that it will now be necessary for claimants to consider to whom the statement was actually communicated, and more specifically the impact of that communication, in order to assess if serious harm to reputation has been caused. It will simply not be enough for claimant’s to rely solely on the character of the words alone as a weapon when bringing a claim.

The decision also provides necessary stead for journalists and the wider public with confirmation on how the courts are inclined to now interpret the Defamation Act and primarily s.1(1) and as such when one is making a statement of a defamatory nature, we must ask ourselves if it is likely to be held as one causing serious (enough) harm.