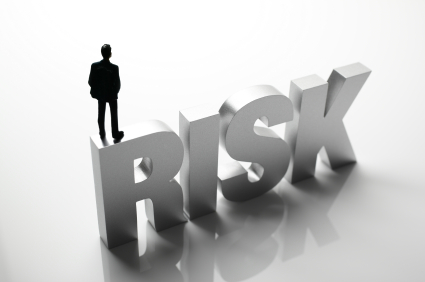 Charities face continual risks in safeguarding children and vulnerable adults and the prevention of harassment of staff and volunteers. What’s the best approach to such challenging issues?

In fact, these issues have much in common, in that culture plays such a central role: transparency, whistleblowing, preparation and reputation. How these risks are identified and responded to often has a huge impact for a charity.

The Charity Commission’s report, earlier this year, as to Oxfam’s overseas safeguarding incidents included great criticism of the charity’s focus on its own reputation management at the expense of proper safeguarding investigation and improvements. Similar conclusions have been drawn in relation to incident management by other charities operating overseas as well as faith based institutions, schools and other organisations in the UK. Only last week there were reports of a Cambridge graduate suing the University for allegedly pressurising her to drop a sexual harassment case against a course supervisor; the complainant also asserts the University’s complaints system is institutionally flawed and has completely let her down. The fallout from such a case can be significant and wide-ranging: policies, decisions, behaviours and priorities are thrust under the spotlight.

How should a charity guard against these incidents or respond if they occur?

The first thing to acknowledge is incidents of a safeguarding or harassment type will occur. They may not happen in your charity or on your watch, but they will at some point happen. This means every charity must have effective policies and procedures for risk management as well as for safeguarding, employment and volunteers (if relevant). The only possible exception is a charity which never encounters children or vulnerable adults and has no staff or volunteers. That is probably restricted to pure grant making charities and even for those there are two areas for care: data management and protection for the trustees themselves.

The worst things trustees can do is to fail to acknowledge the many and varied risks which are always in existence, or fail to assess regularly the nature and severity of such risks should they arise. One of the fundamental duties of any trustee is to act in the best interests of the charity and this includes safeguarding for beneficiaries, staff and volunteers. Failure to anticipate and plan for risks is to neglect that duty. Another key duty is to protect a charity’s assets. In this, it is important to remember that assets are not just the cash or buildings but also the staff, volunteers and the charity’s reputation.

Good governance is about trustees being brave and focused enough to embrace the idea that unacceptable behaviours, mistakes and unfortunate circumstances are likely to arise. Trustees should be ready to take the necessary steps to make everyone in the charity aware of the charity’s approach to these. Clarity and transparency are pillars of good governance. Trustees should plan for regular checks of their policies and procedures for safeguarding and harassment, including an emergency response. They should also encourage a culture of respect and integrity so that if an incident does arise, the charity is authentically concerned and ready to respond and assist all those affected.

There is some evidence to suggest a charity which has a problem with safeguarding is more likely to be vulnerable to fraud. The link? Poor culture, allowing such things to occur or to be badly managed. The same can surely be said as regards safeguarding and harassment. Although risks of various kinds may be higher if a charity’s systems are poor, the opposite will naturally also be true: good risk management will benefit a charity across all areas.

Whether you derive your wisdom from the scouts’ motto or the army’s 7 Ps, the lesson for trustees is the same: be prepared. For more information on this article please email Virginia Henley by clicking here.