Why Finland leads the way in Flexible Working 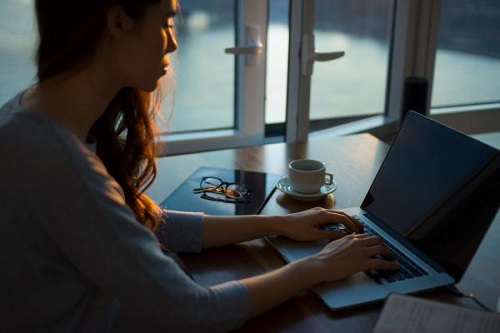 By 2011, Finland was offering the most flexible working schedules on the planet, with 92% of companies allowing workers to adapt their hours, compared to 79% in the UK and the US, 50% in Russia and just 18% in Japan.  Finland is still set to remain an icon of flexible working.  Read Babel's latest blog to find out more...

Every day, millions commute back and forth into their work place.  The chance to do things differently is an idealistic dream for many – but in Finland it is reality.

The Nordic nation has embraced agile working patterns for years. It’s a style of work well suited to the country’s deep-rooted culture of trust, equality and pragmatism, and 9 out of 10 companies now offer flexible-working conditions.

Finland is a small forest-packed country with a sparsely dispersed population of just 5.5 million.  It is a major European tech hub which is a magnet for successful IT firms, gaming start-ups and digital financial services.

The Finns recognise that not everyone wants to live in a big city where tech headquarters are traditionally located, but it's wasteful not to utilise the talent living further afield.  Greater access to Wi-Fi and cloud-based comms have created new ways of working, but attitudes to alternative work arrangements and the growth of temporary workspaces have also helped.

In most countries, flexible working is still seen as a perk rather than a right, but this has been embedded in Finland’s working culture for more than two decades.  This is largely thanks to the Working Hours Act, passed in 1996, which gives most staff the right to adjust the typical daily hours of their workplace by starting or finishing up to three hours earlier or later.

By 2011, Finland was offering the most flexible working schedules on the planet, with 92% of companies allowing workers to adapt their hours, compared to 79% in the UK and the US, 50% in Russia and just 18% in Japan.

And Finland looks set to remain way ahead of the curve thanks to a new Working Hours Act which was passed in March 2019. Due to come into force in January 2020, it will give the majority of full-time employees the right to decide when and where they work for at least half of their working hours.

It replaces the concept of a ‘workplace’ with the more neutral concept ‘working place’, and seeks to better address the modern ways of working.  Workers will still be expected to put in an average of 40 hours a week, but this could include a multitude of different arrangements from regularly choosing fixed days to be based elsewhere, to starting and finishing early in order to manage childcare, or be able to exercise outdoors while it’s still light. Some younger workers are likely to ask to work longer hours for a fixed period to ‘bank’ time off for international travel.

There are also major benefits to flexible working for employers too, which often sees increased efficiency and output from staff as people are more productive when the working time arrangements are such that they can cope with life at work and home.

The deep-rooted culture of trust is higher in Finland than anywhere else in Europe. This can be partly explained by a welfare model based on equality and financial security, alongside a culture of consensus-based decision making. In return, there is an expectation that staff choosing to work remotely or at different times of the day won’t end up slacking. Put simply – if you do things well, most likely you will be treated well.

Also just 4% of employees regularly work 50 hours a week or more, well below the average across the western world. This is linked to a wide range of factors, from a strong union culture that protects short working hours to the tradition of making time to embrace the outdoors (Finns do the most exercise of all Europeans).

However, increased communication will be key for Finnish companies adapting to the new legislation, which will put extra demands on managers to ensure that staff are completing their required tasks and feel connected to the business. It will be very important to make people aware of things happening with their colleagues and projects, so that they have a sense of being informed and part of the organisation.

Nevertheless, Finland is set to remain an icon of flexible working that the rest of the world can learn from.

If you would like to learn how to work more effectively with your Finnish colleagues, clients or suppliers, please contact Sue Curry on 020 8295 5877 or email sue.curry@babelgroup.co.uk.  All courses are tailored to suit your needs and delivered at a location of your choice.