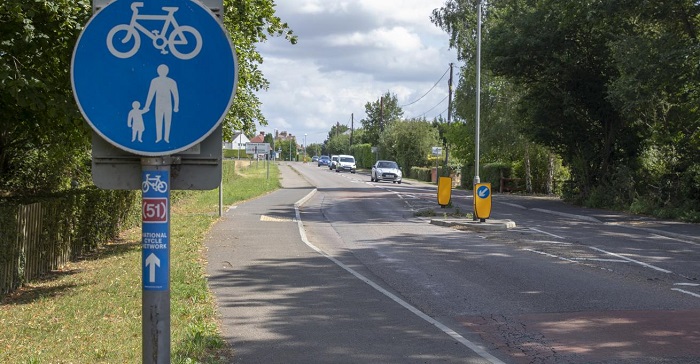 Plans to provide better walking, cycling and equestrian journeys between Cambridge and villages to the north-east of the city have gone out to public consultation.

The Bottisham and Horningsea routes are part of the Greater Cambridge Greenways network - 12 routes for cyclists, walkers and other users such as horse-riders linking surrounding villages to the city.

The six-week consultation was launched by the Greater Cambridge Partnership (GCP) this week, with four public events being held so people to find out more about the schemes. (Event details can be found on the ConsultCambs platform)

It is one of three public consultations launched by the GCP this autumn. People can also tell GCP what they think about the second phase of the Cambridge South East Transport project, which would create a new dedicated off-road public transport route for better journeys into the city and to the Cambridge Biomedical Campus.

The location of a new travel hub near the A11/A1307/A505 is also part of the consultation, which closes on 4 November.

The first part of the project delivered key safety improvements along the A1307 as part of a £14m package, with construction of bus priority measures due to begin this week.

A six week public consultation on plans to improve capacity for parking at Foxton Station to encourage more people to catch the train into the city closes on 21 October. The proposals include better walking and cycling links, access to bus stops and more car parking spaces.

Proposals for a new travel hub to the west of M11 J11 were approved in June. The new travel hub at the M11 and the proposed improvements at Foxton Station would work together to help intercept thousands of people who drive along the motorway and the A10 to enable more people to complete the ‘last mile’ of their journeys into the city walking, cycling or on public transport.

Public exhibitions looking at the designs for the travel hub will be held on 18 September at Trumpington Primary School and on 19 September at Harston Village Hall between 5.30-7.30pm.

Read more information and have your say >>>