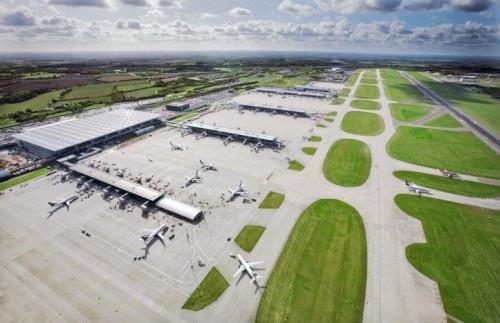 New research from London Stansted Airport and popular travel fare website Skyscanner has revealed that the airport’s catchment area is responsible for more than half of all UK demand to some of the world’s most popular destinations. According to new data from Skyscanner, over 50% of all UK searches for flights to top locations including Beijing, Hong Kong, New York and Tokyo originated from within the London Stansted catchment area.

The report was presented to the aviation industry by a team from London Stansted at the leading World Routes conference in Adelaide, Australia. Entitled ‘Gateway to Growth’, it outlines destinations that the airport is targeting for long-haul growth in the coming years. Analysis of passenger data shows that a large number of global cities, currently unserved by Stansted, are already in high demand by passengers across its catchment area. These include:

As the only London airport with significant available runway capacity, London Stansted is set to deliver up to half of the total expected growth in passengers in the London aviation system over the next decade.

Until Stansted begins to service these popular destinations, passengers in the region are having to spend time and money on travelling to airports further away, while the region itself does not enjoy the significant economic and social benefits which come from strong long-haul connections.

Aboudy Nasser, Commercial Director, London Stansted Airport commented: “People from across the region, and businesses in particular, regularly tell us they want London Stansted to offer a network of long-haul routes that will connect them to their key countries, customers and markets.

“London Stansted sits at the heart of one of the UK’s fastest growing and most successful economic regions, reflecting the competitiveness and ambition of the businesses trading here. We need to demonstrate this strength of demand to airlines who are not currently serving London Stansted.

“Over the next decade, runway capacity in the south-east will be at a premium and London Stansted will be responsible for delivering up to 50 per cent of London’s expected passenger growth and make a greater contribution to improving the UK’s connectivity with the rest of the world. We have ambitious plans to serve 43 million annual passengers by 2030, and it’s imperative we continue to develop our route network by unlocking our spare runway capacity and providing the best service and facilities, so airlines and passengers can easily and conveniently access the world from London Stansted.”

The full Gateway to Growth report can be downloaded here