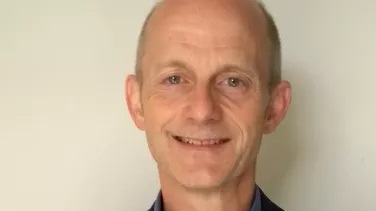 A new briefing paper published by the Bennett Institute for Public Policy at the University of Cambridge has concluded that a no deal Brexit would significantly increase the likelihood of the UK breaking apart.

The authors of the paper show that no deal has very little support among elected politicians beyond England, and its short-term implications would be felt most heavily in Northern Ireland. Consequently, it would very likely generate fresh calls for a border poll on Irish unity and for a second Scottish independence referendum. If the UK Government did not accede to these demands, there would be a high likelihood of future legal challenges and the prospect of a major crisis in the UK’s territorial politics.

Philip Rycroft (pictured), former Permanent Secretary at the Department for Exiting the EU, and author of a preface for the new briefing paper, said: “The prospect of the UK departing without a deal – which remains the default legal position, unless a further extension or a deal with the EU are agreed – makes another Scottish independence referendum and a border poll on the future of Northern Ireland more likely. Current polling suggests that the outcome of both of these referendums would be in the balance”.

Professor Michael Kenny, Director of the Bennett Institute for Public Policy and co-author of the new briefing paper, said: “The debate about the consequences of a disorderly departure from the EU has focused upon its likely impacts upon businesses, supply chains and consumers. But, as this paper demonstrates, no deal may also have major political and constitutional ramifications right across the UK, and it could well set in motion a chain of events that result in its breaking apart’.

The Bennett Institute for Public Policy’s new briefing paper, ‘Would a no deal Brexit lead to the break-up of the UK?', was co-authored by Michael Kenny and Jack Sheldon and published today (01 October 2019).

The makings of Brexit and the road ahead

The Bennett Institute for Public Policy Cambridge is delighted to offer this talk and Q&A with former DExEU chief, Philip Rycroft, chaired by Prof Stephen Toope, Vice-Chancellor of the University of Cambridge, this Thursday (3 October, from 5-7.30pm) at Clare College, Gillespie Centre CB3 9AJ.