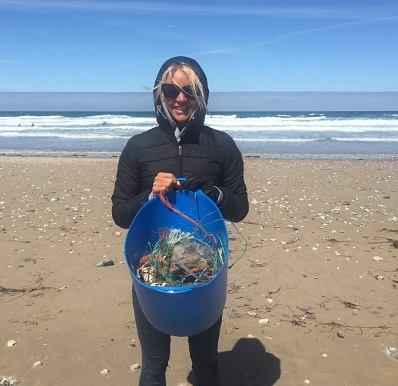 Student Natalie Fox is swapping her textbooks for the high seas as she prepares to set sail with an all-female crew on the first leg of a round-the-world mission to investigate ocean plastics.

Natalie, who is studying for a Master’s in Sustainability at Anglia Ruskin University (ARU), is a member of the eXXpedition crew which will leave Plymouth on Tuesday, 8 October, heading to the Azores in the Atlantic.

In total, 300 women will take part in the eXXpedition Round the World voyage, which will cover over 38,000 nautical miles in 30 separate stages. As it circumnavigates the globe it aims to raise awareness of, and explore solutions to, the devastating environmental and health impacts of single-use plastics.

While on board, the crew will carry out research as part of a sea-based science programme, directed by experts from the University of Plymouth, which will involve testing surface and subsurface water, as well as subtidal sediment. 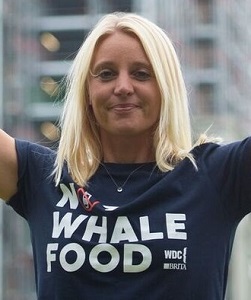 Natalie, who is originally from Stratford-upon-Avon, is passionate about raising awareness of the threats posed by ocean pollution. The 37-year-old is a member of Surfers Against Sewage, spent time in Antarctica as a Sea Shepherd Conservation Society volunteer, and is an active supporter of the charity Whale and Dolphin Conservation.

She’s an ambassador for Whale and Dolphin Conservation’s #notwhalefood campaign, which aims to raise awareness about the impacts of ocean plastic pollution on whales and dolphins as well as encourage individuals, corporations and policy makers to adopt environmentally friendly alternatives to plastics.

In between her surfing and environmental work, Natalie is busy studying for her MSc in Sustainability at Anglia Ruskin University (ARU), which is run in partnership with the Eden Project in Cornwall.

She said: “I’ve been an advocate for the marine environment since I started surfing 15 years ago. I've spent a lot of time in the waves, but on a surfboard not a sailboat so this will be quite different. I've been cleaning beaches for years, every time I go surfing in fact, but I am anxious about witnessing the extent of this plastic problem far out at sea, in the wild ocean.

“On the trip I’ll be surrounded by creative and innovative women and one of the aims of the voyage is to explore ideas of how to eliminate plastic pollution at source. We’ll talk about how best to shift our broken systems to ones that serve the oceans, the planet, people and the economy.

“I'm particularly excited about heading to the Azores, which weather permitting we should reach on 19 October. It’s an archipelago often visited by fin, blue and sperm whales, and when I’m there I’ll connect with local whale biologists to learn more about the whales in the area that may have been affected by plastic pollution.”

Visit www.exxpedition.com for further information about the voyage. To support Natalie, her crowdfunding page is https://www.crowdfunder.co.uk/exxpedition-leg-1