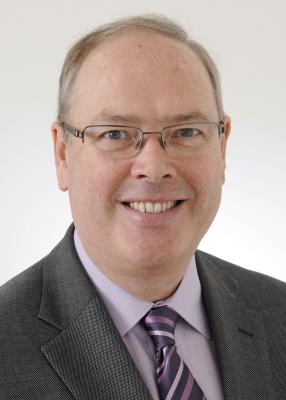 Philip Summerton, Managing Director said: "We are delighted to welcome Andrew to the company. His extensive knowledge of macroeconomics and particularly his insights on the British economic and political landscape will be a major asset.

"Moreover, his experience engaging with the media will support our aim to communicate clear insights on complex economic issues."

Andrew Sentance said: "I am delighted to be joining Cambridge Econometrics, one of the longest standing and most reputable economic consultancies in the UK. I am looking forward to making a contribution to thinking on macroeconomic policy and the transition to a more sustainable economy in this new role.

"I have had a long association with economics at Cambridge, where I studied for my first degree in the late 1970s. It is good to be back!"

Andrew Sentance is a business economist with a wealth of experience gained most recently at PwC where he served as Senior Economic Adviser.  He was also a former member of the Bank of England Monetary Policy Committee (MPC) having served from October 2006 until May 2011.

Andrew was Chief Economist and Head of Environmental Affairs at British Airways for nearly nine years and had senior roles at the CBI, the London School of Economics and the London Business School.

He is an alumnus of Clare College, Cambridge, as well as the London School of Economics, where he studied for his PhD. He is also a Professor at Warwick Business School.

Cambridge Econometrics (CE) is a leading independent economic consultancy. Our analysis and insights are used by clients around the world to inform policy decisions about pressing challenges to society. The CE Group employs 50 people at our companies in Cambridge, Brussels and Budapest. As the trading arm of a charitable trust, we’re driven by a desire to make a difference, not just a profit. We provide economic and policy research in areas that we are interested in and that make a difference to people and the natural environment; the Financial Times lists us as a top Management Consultancy (2020).