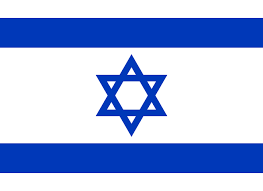 Each month Babel offers free briefings and expert advice for working with different cultures to its clients, learners and friends in the industry. This month the focus is on Israel.

This month we focus on The State of Israel, which is located in the Middle East, bordering the Mediterranean Sea, Egypt, The State of Palestine, Jordan, Syria and Lebanon. It has a population of about 9 million, and is the only state in the world with a majority Jewish population.

Israel is a young country with few natural resources and it frequently faces adverse conditions. Known as the 'Start-Up Nation', Israeli business is infused by technology and innovation. They prize intelligence and creativity and show respect for experts and prominent specialists in their field.

Israel’s modern and diverse market economy is built on several industries, including agriculture, biotechnology, construction, electronics, information technology, manufacturing, telecommunications and tourism. Israel’s technology industry, in particular, has attracted massive foreign investment. Expats working in Israel tend to find employment in these industries. Although the cost of transport and food in the country is reasonable, high accommodation costs and low salaries compared to other developed countries means that the cost of living in Israel can be high.

Business culture in Israel is diverse with surprising contrasts between warm hospitality, direct no-nonsense business approaches, aggressive negotiations and slow-paced meetings. Israelis are interested in solutions and results, and everyone is given the opportunity to voice their opinion.

Israelis are direct, assertive and persistent. Business can feel both informal and fast-paced and it is often conducted with an inherent urgency. At the same time, personal connections are of the utmost importance and an enormous emphasis is placed on hospitality. Colleagues and business partners take time to get to know one another, socialise, eat and drink together. Israelis will make an effort to be accommodating to other cultures and often have built important business relationships abroad, including in Jewish communities found in North America, parts of Europe and elsewhere in the world.

Typical office hours are 8:30am to 5:00pm from Sunday to Thursday, while some businesses also operate on Friday mornings. Business casual dress is common in most jobs, although women should avoid wearing revealing clothing if they work with religious colleagues. Business associates usually greet by shaking hands.

Visitors should note that religious associates may not shake hands with members of the opposite gender. Business cards may be exchanged for convenience, often at the end of an introductory meeting, and it is useful to have them printed in English.

When working with religious colleagues, it is important to be aware that they will not be available on the Sabbath (sundown on Friday until Saturday evening). It is also important to note that Israelis celebrate many religious holidays throughout the year when businesses close, along with secular public holidays. It is therefore wise to check the Israeli calendar when planning a business trip as these dates, many of which are lunar, may not always be familiar to other cultures.

It is customary to ask if there are special requirements when serving food or drink, as some Israelis observe Kashrut/kosher dietary laws. All hotel restaurants are kosher, which means that meals will be either meat or dairy based, as meat and dairy products cannot be served during the same meal.

Israeli attitude towards time tends to vary dramatically. Some Israelis are extremely punctual, whereas others run on ‘Middle Eastern time’ and will think nothing of being between late for a meeting. It is best to be punctual, especially in a business setting.

Israel is on the whole a place of informality, where the common attitude is for people to do what they want until somebody stops them. It is certainly highly fitting that the phrase ‘chutzpah’ originates from Hebrew, as newcomers may be surprised by the nerve and self-confident behaviour around them. Conversely, the straightforwardness and directness of Israelis can be strangely refreshing.

Finally, visitors may have heard native born Israelis described as sabra, the native cacti, and this is indeed an apt description for both the people and their culture. On the surface, Israelis may come across as forthright and set in their ways, but visitors will be frequently surprised by how willing people can be to break rules in their favour, and how helpful people can be in moments of crisis. However, bureaucracy is a key cause of frustration for many expats living in Israel, as the completion of the simplest of administrative processes can easily stretch into weeks or even months.

Inspired? If you want to learn how you can work more effectively with your Israeli colleagues, clients or supplier, contact us for a 'Working Effectively with...' sample course outline'.   All training is tailored to suit your needs and delivered at a location of your choice.

What is the name of the holiest day of the year in Judaism?