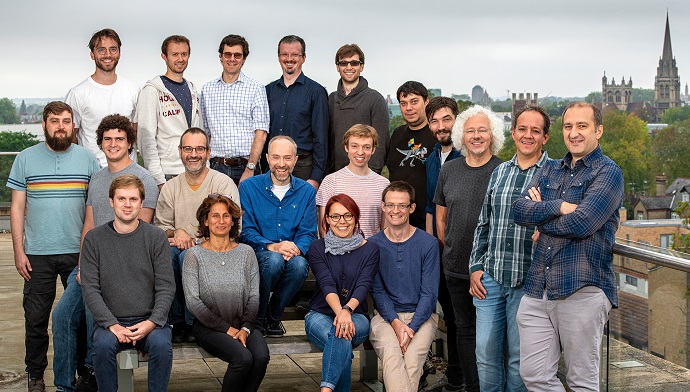 Microsoft and Warner Bros. have collaborated to successfully store and retrieve the entire 1978 iconic 'Superman' movie on a piece of glass roughly the size of a drink coaster, 75 by 75 by 2 millimeters thick.

It was the first proof of concept test for Project Silica, a Microsoft Research project that uses recent discoveries in ultrafast laser optics and artificial intelligence to store data in quartz glass. A laser encodes data in glass by creating layers of three-dimensional nanoscale gratings and deformations at various depths and angles. Machine learning algorithms read the data back by decoding images and patterns that are created as polarized light shines through the glass.

The hard silica glass can withstand being boiled in hot water, baked in an oven, microwaved, flooded, scoured, demagnetized and other environmental threats that can destroy priceless historic archives or cultural treasures if things go wrong.

It represents an investment by Microsoft Azure to develop storage technologies built specifically for cloud computing patterns, rather than relying on storage media designed to work in computers or other scenarios. It’s just one of many ways Azure relies on Microsoft’s Research expertise to solve both near- and long-term challenges — from Project Natick’s underwater data center tests to Project Brainwave’s FPGA processing power and the emerging Optics for the Cloud research. 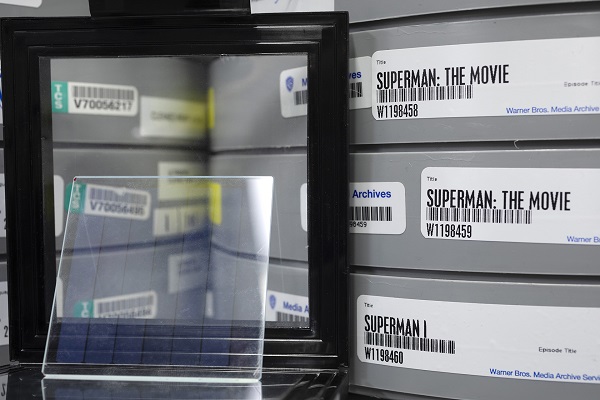 “Storing the whole ‘Superman’ movie in glass and being able to read it out successfully is a major milestone,” said Mark Russinovich, Azure’s chief technology officer. “I’m not saying all of the questions have been fully answered, but it looks like we’re now in a phase where we’re working on refinement and experimentation, rather asking the question ‘can we do it?’”

Warner Bros., which approached Microsoft after learning of the research, is always on the hunt for new technologies to safeguard its vast asset library: historic treasures like “Casablanca,” 1940s radio shows, animated shorts, digitally shot theatrical films, television sitcoms, dailies from film sets. For years, they had searched for a storage technology that could last hundreds of years, withstand floods or solar flares and that doesn’t require being kept at a certain temperature or need constant refreshing.

“That had always been our beacon of hope for what we believed would be possible one day, so when we learned that Microsoft had developed this glass-based technology, we wanted to prove it out,” said Warner Bros. Chief Technology Officer Vicky Colf.

Image (inset): The film 'Superman' is shown stored on reels of film and on glass in a cold storage vault. Photo by John Brecher for Microsoft.