Benchmark identifies its top science news stories of the month 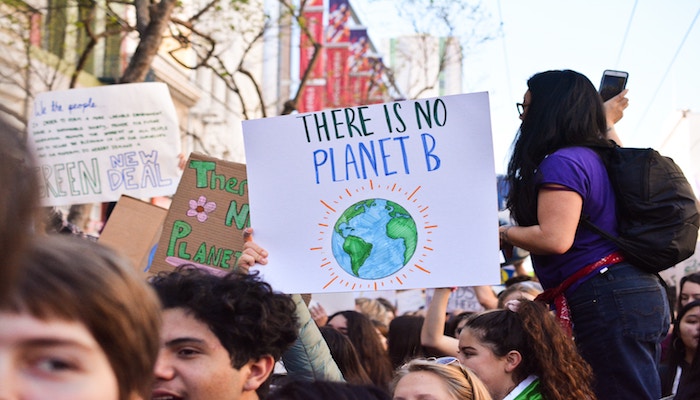 The Science world is busy and unpredictable, but every month there are a variety of different theories and breakthroughs released that interest millions of readers every day. These breakthroughs and theories not only interest the science fan-base and inspire other scientists, but can impact other industries, too.

Here are a few top stories from this month that caught our eye!

Readings from NASA’s Curiosity Rover have revealed an unexpected jump in Oxygen levels in Mars’ atmosphere.

The Curiosity Rover has been measuring seasonal gas changes on the Gale Crater’s surface for almost 4 years (6 Martian years) and has recently picked up data that shows a 30% jump in Oxygen levels in the Martian’s atmosphere in the Spring and Summer months.

NASA’s planetary scientist at the Goddard Space Flight Center, Melissa Trainer, states: “We’re struggling to explain this. The fact that oxygen behaviour isn’t perfectly repeatable every season makes us think that it’s not an issue that has to do with atmospheric dynamics.” Scientists believe it is due to some chemical source, and are continuing their research to explain this geological evidence.

Scientists at the University of Cambridge have predicted climate change could cause the levels of greenhouse gases emitted by freshwater lakes to double.

In every drop of freshwater are thousands of organic molecules, used as a source of food for microbes habited in freshwater lake sediments. Similarly to us humans, these microbes break the food down and releases carbon dioxide and methane as by-products. Therefore, the higher the level of organic molecules, the higher the microbial activity and greenhouse gas emissions.

Whilst this is significant and worrying activity in our freshwater lakes, Dr Andrew Tanentzap in Cambridge’s Department of Plant Sciences (who led the research) has stated this information can help us reduce carbon emissions in the future. Saying, “Understanding these connections means we could look at ways to reduce carbon emissions in the future, for example by changing land management practices.”

Sediments within freshwater areas are known to produce at least one-quarter of all carbon dioxide and more than two-thirds of all methane released by lakes. Furthermore, researchers are worried and suggest that climate change may increase these levels of greenhouse gases emitted. The team will expand this study to a further range of European lakes to gather a broader understanding of these ecological consequences.

Using a method known as “metabolic rewiring”, researchers in Israel have spent months creating an E coli strain - bacteria that can consume CO2 for energy instead of organic compounds. These scientists have been capable of genetically altering bacteria, that originally survived on sugar for energy, to survive on a sustainable diet of carbon dioxide alternatives for food and fuel.

The first author, Shmuel Gleizer said, “we wanted to see if such a major transformation in the diet of bacteria - from dependence on sugar to the synthesis of all their biomass from CO2 - is possible”.  This study is a brand new concept of science, with no existing precedent. For the first time, we have been able to successfully transform a bacterium’s mode of growth.

4. How did the early animals survive the Ice Age?

A research team from McGill University has found first direct evidence that solves the mystery of how animals survived the Ice Age.

How did wildlife survive the most severe Ice Age? According to a research team from McGill University, glacial meltwater provided a crucial lifeline to eukaryotes during the Ice Age period, known as “Snowball Earth”, when the oceans were cut off from oxygen. This solves the ongoing investigation that has been puzzling scientists for decades - how has life survived?

Around 700 million years ago, the Earth experienced the most severe Ice Age in history, completely crippling the habitation and survival of life.

The team discovered this evidence after studying iron-rich rocks left behind by glacial deposits in Australia, Namibia and California. By examining the chemistry of the iron formations in these rocks, the researchers were able to predict the oxygen levels in oceans around 700 million years ago! “The evidence suggests that although much of the oceans during the deep freeze would have been inhabitable due to a lack of oxygen, in areas where the grounded ice sheet begins to float there was a critical supply of oxygenated meltwater.”, says Maxwell Lecthe, a postdoctoral researcher in the Department of Earth and Planetary Science.

What was your favourite news story for the month?

As laboratory removal specialists, we are passionate about the science industry and continually interested in the discoveries and theories the world is creating. If you’re a laboratory in Cambridgeshire, feel free to contact Benchmark Services on 01480 423 810 for our relocation, transportation and warehousing services.