E-bikes, audiobooks and industrial 5G among technology, media and telecoms predictions for 2020 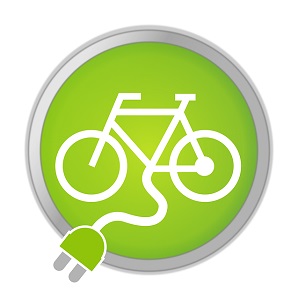 The technology, media and telecommunications (TMT) practice at Deloitte has today announced its predictions for the sector in 2020.

Electricity will put the wheels on cycling, with 130 million e-bikes set to be sold in the next three years

Deloitte predicts that the proportion of people who cycle to work will grow by one percentage-point over the next three years, equating to tens of billions of additional bicycle rides per year.

The growth in bike-riding is supported by the launch of e-bikes, as well as a diverse array of technological innovations. Deloitte predicts that between 2020 and 2023, more than 130 million e-bikes will be sold globally. This is more than six-times the number of electric vehicles that are forecast to be sold in the entirety of the next decade.*

Paul Lee, global head of technology, media and telecommunications research at Deloitte, said: “The first patent for electrifying a bike was filed in the nineteenth century, however 2020 will be the year that e-bikes pick up pace. Improvements in lithium ion battery technology, pricing, and power has led to a significant surge in interest globally. The number of e-bikes on the roads will easily outpace other e-vehicles by the end of next year.”

Deloitte’s research highlights technology’s pedal-power in bringing cycling to the mass market, which in turn will help cities manage the strain of urbanisation. Currently only around five percent of journeys in London are taken by bike.

E-bikes make cycling less of a physical effort, opening it up to many who might have hesitated before. Meanwhile, technology innovations including predictive analytics, wireless connectivity, digital urban planning tools and 3D-printed parts will launch with the aim of making cycling safer, faster, more convenient, and easier to track and measure.

Lee added: “Over the next 12-months, cycling should shift from being a competitive hobby enjoyed by active individuals, to a simple way for a wide range of people to get from place to place. This will play a significant role in easing congestion, while improving air quality and public health.”

For many of the world’s largest businesses, private 5G will enable ultra-reliable, high-speed, low-latency, power-efficient, high-density wireless connectivity. Deloitte predicts that more than 100 companies worldwide will be evaluating or have deployed 5G in industrial environments such as factories, ports, and logistics centres by the end of 2020.

By 2023, the value of cellular equipment and services for use in industrial deployments will be worth tens of billions of pounds annually.

Dan Adams, head of telecommunications at Deloitte, said: “5G is poised to be the most disruptive mobile technology since the mobile phone itself. The way we work fundamentally changed by the launch of 4G and Wi-Fi. 5G will bring a similar transformation to the connectivity of machines and devices, delivering a boost to productivity in factories and warehouses, in particular. While it's likely to be a long time until we see autonomous cars on the open road, factories will be full of 5G-enabled autonomous machines from next year.”

Deloitte predicts that revenues from advertising supported video on demand (AVOD) will reach £500 million in the UK in 2020, representing 10 percent of all television advertising revenues. The forecast for 2020 implies 17 percent year-on-year growth, compared to five percent growth for the overall UK advertising market.

Deloitte predicts that by 2025 the majority of streamed services, both mainstream and niche, will rely on advertising as a significant or sole revenue source.

Paul Schofield, Deloitte Cambridge practice senior partner, said: “TV viewers are being spoilt with an ever-widening array of some of the best television content ever made. Generating advertising revenue will allow streaming platforms to maintain spend on hit shows and major rights, for both traditional broadcasters and online-only providers. As production costs grow and competitor platforms continue to launch, streaming services must look for new sources of revenue to invest in making stand-out, quality content.”

Readers will lend their ears to audiobooks, growing UK revenues to £115 million in 2020

Deloitte predicts that audiobook revenues are on a trajectory to surpass e-books by 2023 in the US. In the UK, e-readers are now owned by just one in four (26 percent) consumers, down from 31 percent in 2015.

Lee added: “Storytelling is moving back to its traditional spoken form with the rise of audiobooks. Diehard print lovers may still be clinging to the page, but the growing sophistication of headphones and speakers, as well as the use of well-known narrators, is attracting many to tune in to audiobooks instead.

“Silence may be golden, but it is not necessarily the most interesting thing to listen to while commuting, doing chores, or working out. To amplify revenues, publishers will need to think carefully about which titles to release as audiobooks, how many and how often.”

Man and machine will move closer, as one million robots will be sold for enterprise use in 2020

Deloitte predicts that almost one million robots will be sold worldwide for enterprise use in 2020, up by 18 percent from 2019, generating £27 billion in revenues over the course of the year.

Of the almost one million enterprise robots forecast to be sold in 2020, just over half are predicted to be professional service robots, generating more than £13 billion in revenue, a 30 percent rise on 2019. In comparison, industrial robots are expected to account for £14 billion in 2020, a nine percent year-on-year increase.

Lee concluded: “The UK is behind other major global economies in the uptake of robotics and the country is now ripe for investment in the technology. The challenge now will be for companies to assess if and when professional service robots are the right tool for the job.”

Paul Lee, global head of technology, media and telecommunications research at Deloitte will be in Cambridge on Tuesday 11 February 2020 to present a round-up of 2020 predictions to the Cambridge business community.  For further information and register interest in attending please contact clcampbell@deloitte.co.uk.

*Deloitte forecasts that around 21 million electric vehicles will on the road globally over the next ten years.

Image by Georg Hirmer from Pixabay

About the TMT Predictions 2020

The 2020 series of TMT Predictions is the 19th edition of the report and has drawn on internal and external inputs from thousands of conversations with member firm clients and contributions from Deloitte member firms’ partners and managers specialising in TMT, and discussions with industry analysts as well as interviews with leading executives from around the world and proprietary quantitative research.

Please visit TMT Predictions 2020 to read about the predictions.