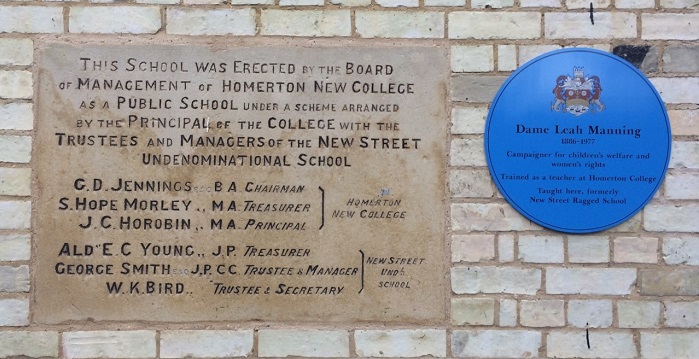 Education pioneer and MP Dame Leah Manning will be remembered at Anglia Ruskin University (ARU) in Cambridge on Wednesday 15 January as people come together to celebrate a new blue plaque in her honour.

The blue plaque is located on the side of the former New Street Ragged School, which is now home to the Cambridge Institute for Music Therapy Research on ARU’s Young Street campus.

She made her mark campaigning for the local children of Barnwell, Cambridge, which was then an area of great deprivation. Manning lobbied the authorities to provide milk and school meals, and set up an after-school play centre and organised holiday activities. 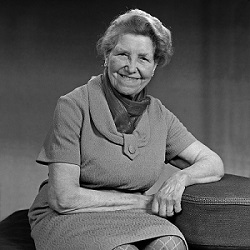 Among her other achievements, Manning became one of the first women JPs in 1920 and jointly founded Cambridge’s first birth control clinic. She became President of the National Union of Teachers and was active in the Labour Party, becoming MP for Islington East in 1931 and then MP for Epping in 1945.

One of Manning’s most impressive achievements was securing the safe evacuation of 4,000 children from Bilbao to Britain during the Spanish Civil War in 1937, with many being looked after in the East of England.

Mary Joannou, Emerita Professor of Literary History and Women's Writing at Anglia Ruskin University (ARU), will be speaking at the event, along with Patrick Morgan, co-author of Barnwell at War, Dr Melanie Keene of Homerton College, and Professor Helen Odell-Miller OBE, Director of the Cambridge Institute of Music Therapy Research at ARU.

“As a young, idealistic teacher Manning taught children in classes of 70 at the New Street Ragged School. The children were often exhausted from lack of sleep, hungry and cold, and they huddled around a stove for warmth.

“Nothing would have given her more pleasure than to know that her own pioneering struggle to transform the lives of children is remembered at the building where she began her career.”

The 15 January event is free to attend and open to the public. Places can be reserved by emailing community@aru.ac.uk or phoning 01223 69 5060.