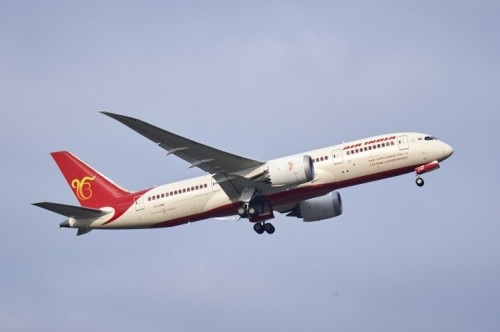 Trade and tourism industries across the East of England and London are set to receive a major boost from the launch of a new Air India service between London Stansted and India’s economic hub Mumbai next month.

The route will be a first for the airport and comes just three months after the airline launched the only direct flights from London to the northern city of Amritsar from London Stansted - the carrier’s inaugural route from the airport.

The new three-times a week service begins on February 21 initially for the winter season and will be operated by a 256-seater Boeing 787 Dreamliner offering both business and economy class.

Ken O’Toole, London Stansted’s CEO, said: “With London Stansted sitting in one of the most vibrant, exciting and innovative regions in the UK, it should come as no surprise that Air India has decided to launch this new service to one of the world’s most important economic hubs.

“This new route is further evidence of the growing demand from businesses and passengers across the region for more long-haul connections from their local airport. We know that 200,000 people from our region travel to Mumbai every year from other airports, so this new service will not only provide greater choice but help cut down unnecessary journeys and provide a shot in the arm to the regional and national economies.

“As a forward-thinking and innovative airport, we have the ambition and runway capacity to open up even more exciting destinations across Asia, the Middle East and beyond to satisfy rising demand, provide greater choice for consumers and provide a vital boost to jobs and the local economy over the coming years.”

The news has been welcomed by businesses and organisations in the region who say the new link will generate significant trade and investment opportunities.  While tourism chiefs expect inbound tourism will increase as the UK is the second most popular European destination for Indian travelers.

Denise Rossiter, Chief Executive of Essex Chambers of Commerce, said: “I congratulate Manchester Airport Group on adding this new route to Mumbai to the growing range of flights available from London Stansted Airport. India offers many opportunities for businesses in the East of England and the ability to fly direct from Stansted will be of real benefit to Essex Chambers’ members as we look to the UK growing its overseas markets. We look forward to seeing other new destinations coming forward in the future.”

Peter Waters, Executive Director of Visit East of England, said: “This latest success for Stansted Airport is a great opportunity for the East of England to capitalise on the world’s second fastest-growing outbound tourism market. India is an untapped country for the region, particularly for the ‘Visiting Friends and Relatives’ segment and visitors looking to explore a different part of England. The more Stansted can develop its global networks, the faster the East of England can grow its share of overseas visitors.”

Sunil Shah CEO of o2h ventures, a leading investment firm based in Cambridge, said: “This is great news for me personally and for the team at o2h Ventures. Flying to Mumbai previously meant travelling from other UK airports but the new direct service from Stansted will save us serval hours commuting time. Mumbai is rated amongst the top 10 centres for commerce and is known as the commercial capital of India so I’m confident the new route will help facilitate business opportunities for companies in both countries.”

David Rooke, Location Services Director, Invest ESSEX, said: “We are delighted to hear that London Stansted Airport will now be providing a direct flight to Mumbai. This will undoubtedly bring UK and Indian businesses even closer together. With India investing more in the UK that the rest of the EU combined and UK India Week going global in 2020 these flights will be a welcome addition to the business community.”

Mumbai is India’s key economic powerhouse with a population of nearly 20 million people. It lies on the west coast of the country and is a major port on the Arabian Sea. In 2018 it was rated the 12th richest City in the world and is home to India’s film industry, known by many as Bollywood. Headquarters of several major companies are based in Mumbai including Tata Group, Essel Group, Reliance Industries and Aditya Birla Group. It accounts for more than 6% of India's economy and is home to some of India's largest consumer packaged goods companies like Hindustan Unilever, Procter & Gamble, Nivea, Colgate-Palmolive, Godrej Consumer Products and many more.