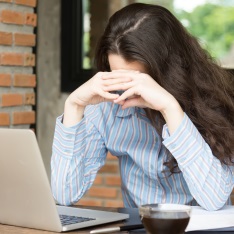 A new survey commissioned by Anglia Ruskin University (ARU) has revealed that only 47% of people in East Anglia would consider themselves in a “job for life”, placing them 11th out of 12 regions surveyed.

The survey, which canvassed the views of 1,000 UK adults, revealed that East Anglia only ranked higher than the East Midlands, where just 40% considered themselves in a job for life. In contrast, Yorkshire & Humber ranked number one with 60%, followed by Wales (59%) and the North East (56%).

The findings indicate that businesses in the region could be facing significant challenges with employee retention, job satisfaction and company loyalty.

When quizzed on how they felt about their job, 45% of East Anglian respondents claimed to find it stressful.  In contrast, just 18% claim to find their role fulfilling. This suggests that there are a worrying number of workers in the region who may not be working in a career best suited to their interests or motivations.

When asked about what jobs they would be proud to have, a role in healthcare attracted significant interest from participants in the region, with the role of doctor appealing to 53% of respondents, followed by a paramedic (40%), a nurse (33%) and a pharmacist (30%).

Dr Louise Jenkins, Acting Head of School for Nursing and Midwifery at Anglia Ruskin University, said: “While it is sad to consider that so many people may not have found their ideal career, it is heartening to see that there is clear admiration for the healthcare professions.

“However, this admiration is unfortunately not backed up by tangible action, with our region’s NHS having staff shortages amounting to a 10 per cent vacancy rate. At ARU we are committed to taking a stand against the declining number of student nurses in the East of England by challenging the misconceptions surrounding the profession.

“Our ‘A Job. For Life’ campaign breaks away from the stereotypical and traditional images of nursing. Nursing is a challenging career, but it is also incredibly rewarding and empowering. It’s time we talked more about the amazing opportunities and experiences that nursing brings, and the positive difference that nurses can make every day.”

Offering the largest number of health and social care courses in the region, ARU attracts a large number of students looking at nursing as a career choice. For more information about courses at ARU, visit https://aru.ac.uk/